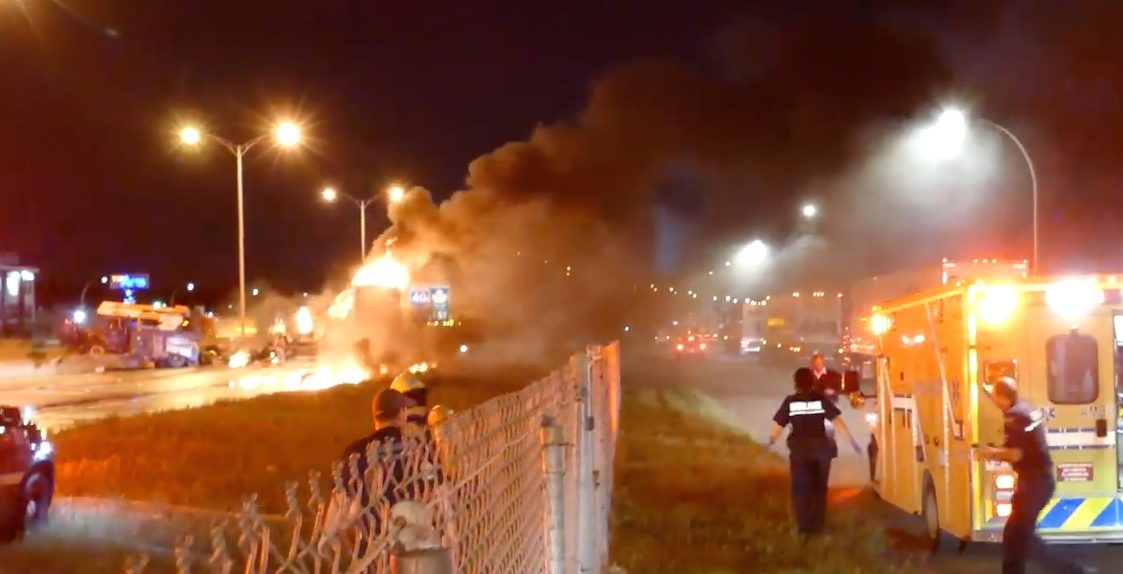 A major three-vehicle crash on Highway 40 in Dorval sent three people to the hospital and caused a truck to catch fire on Thursday morning.

A tractor-trailer was heading eastbound as it entered a busy construction zone near Sources Boulevard.

The second truck, a Minisitry of Transport (MTQ) pickup, was picking up road cones from a roadside construction site.

A third truck, acting as a buffer for the pickup, was struck by the tractor-trailer and critically injured an MTQ worker who was thrown onto the road.

A video was posted to an urban stock footage Facebook page shows the tractor-trailer truck catching fire soon after the frightening accident.

Firefighters were able to distinguish the flames as Highway 40 was closed off to traffic as of 3:25 am.

Three people were sent to the hospital and the MTQ worker was treated for critical injuries.