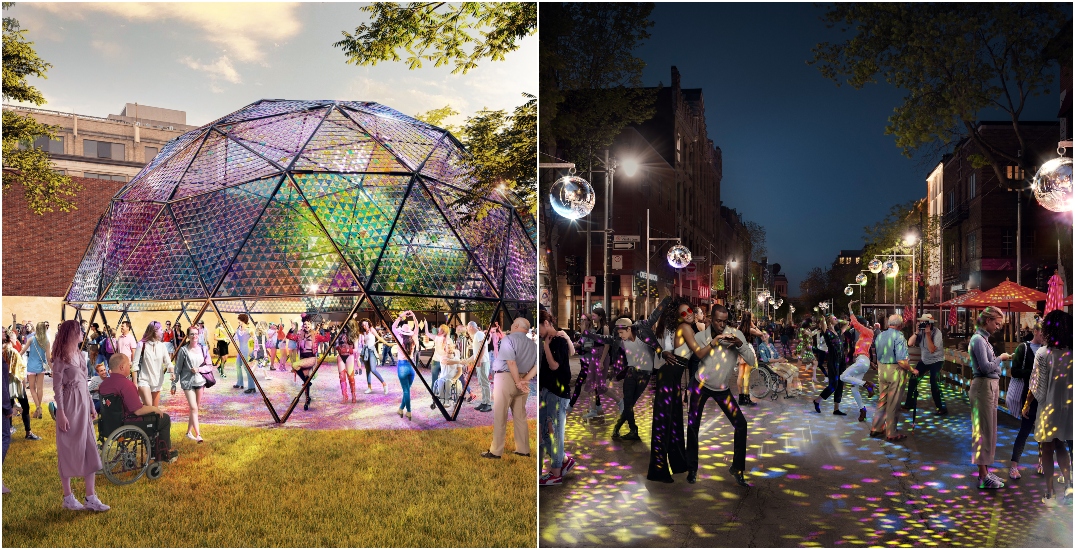 Who’s ready to boogie and get groovy? Montrealers will have plenty of opportunities to let out their disco fever, thanks to 60 disco balls and an outdoor dancing dome that will open in The Village at the end of the month.

The project invites the public to disco dance outside as the pieces will “contribute to the lively and dynamic appeal of the Village, Montreal’s inclusive district.”

By the end of July, 60 one-metre mirror balls will be installed on Ste. Catherine Street East between Saint-Hubert and Papineau Avenue, creating a massive glittering dancefloor.

On Ste. Catherine Street East (between Atateken and Wolfe), a huge dome called the Disco géodésique will light up the new Place du Village, starting at the beginning of August.

“These temporary amenities are part of a new triennial plan developed collaboratively by
all of the partners to energize the area this summer and for the next two years, until the
Ville de Montréal begins major work in the Village,” says the Village’s website. “The redevelopment of public spaces and Ste. Catherine St. East will enable the future addition of distinctive permanent facilities to be announced at a later date.”

By day, the mirror disco balls will reflect the sky and natural light, scattering out calming dots of light. At night, the reflective orbs will give off colourful strands of light.

“Day and night, the Village glitters with the thousand facets of the communities that live there,” says the district’s website. “Ste. Catherine East will become an open-air dancefloor under a floating ribbon of mirror balls. As the ribbon ripples, we will continue to celebrate and promote the rights and freedoms won through social struggles.”