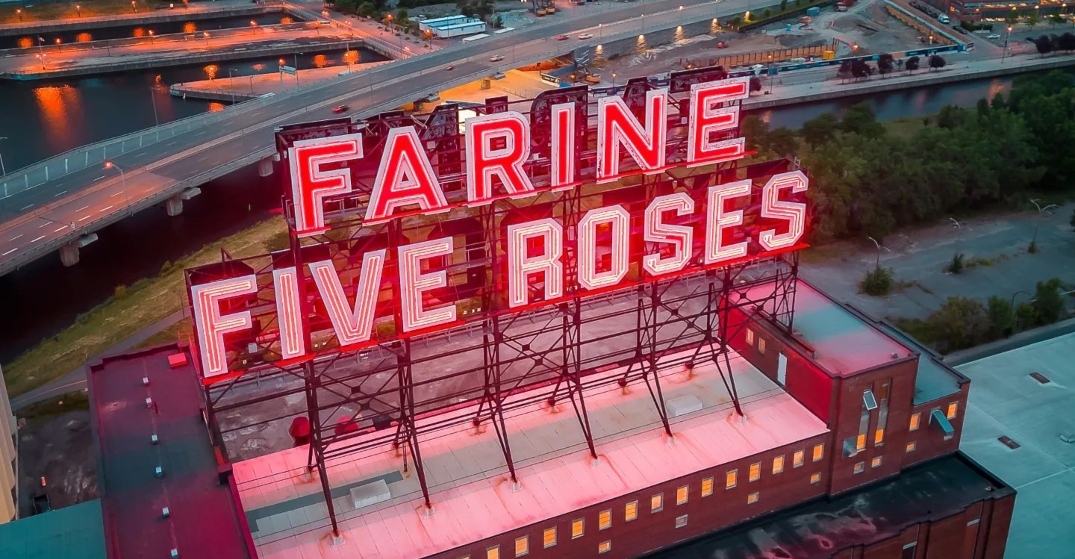 Every city has a signature landmark.

Some are immediately recognizable from miles away, like the Eiffel Tower in Paris or New York’s Statue of Liberty. Others are not so obvious. And a town’s more subtle symbols are often beloved by locals and overlooked by tourists.

“It’s so hard to describe why we love it to people who are not from here,” says local tour guide and city expert Thom Seivewright, who calls it both an important “beacon” and a “place marker.”

Sure, it’s no Olympic Stadium or Notre-Dame Basilica, but the old advertisement certainly possesses a unique charm. Its shining neon lights, which overlook the Lachine Canal, call out to drivers and pedestrians and remind them that they are, in fact, home.

And as Seivewright remarks, its proximity to the Bonaventure highway often allows it to be “both the first and last thing you see” when entering or leaving town, making it a signature part of the city’s skyline and identity.

And with plenty of history attached to the resilient Ville-Marie emblem, we thought we would share five fascinating facts about the unmistakable Five Roses sign.

The unmistakable symbol is older than the Canadian flag. It was first erected above the old Ogilvie flour mill back in 1948.

The company was forced to comply with Quebec’s French legislation Bill 101, removing the word “Flour” from the sign in 1977.

The French Farine, of course, remained.

Each letter in the sign measures about 15 feet in height. That’s about the size of a giraffe in case you were counting.

4. It was almost taken down

In 2006 the Five Roses brand was sold by ADM to The J.M. Smucker Company. Since ADM had no use in advertising a brand they no longer had the rights to, they considered taking the old sign down. Smucker intervened and actually spent about a million dollars to keep it lit and maintained.

5.  The structure is now a protected architectural site

In 2020, Montreal’s mayor, Valérie Plante, announced that the neon sign would get special protection by the city in order “to showcase our local heritage and preserve it for present and future generations.”