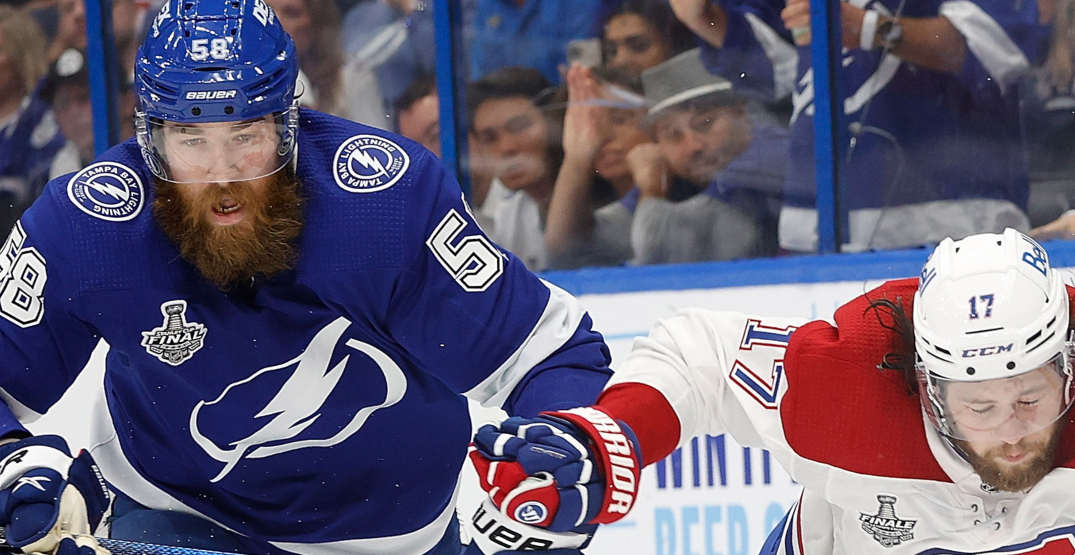 When The Montreal Canadiens lost to the Tampa Bay Lightning in the Stanley Cup Final in early July, defenceman David Savard was on enemy lines.

A few weeks after hoisting the Cup with the back-to-back champions, Savard hit the free agency market. The 30-year-old quickly agreed to a four-year contract with the Habs, his boyhood club.

When asked about his expectations with Montreal in a recent interview with NHL.com, Savard, a native of Saint-Hyacinthe, Quebec, made it clear that he’s looking to win. “We’re going to try to bring it back (to Montreal), that’s the plan for next year.”

Savard recently celebrated his own day with the Stanley Cup, bringing it to Lac-Beauport. The Lightning posted a video to TikTok that showed the 30-year-old eating caviar out of the trophy.

Other Quebec-born Lightning players who brought the cup to their home province this summer include Mathieu Joseph, Alex Killorn, and Cedric Paquette, who the Canadiens also signed during the off-season.

Canadiens fans can expect to see Savard and Paquette make their debuts with the club in the first game of the season on October 13, against the rival Toronto Maple Leafs.

“I’m looking forward to putting on the skates and playing a first game at Bell Centre,” Savard said. “It will be nice to be closer to my family and my friends.”

The defenceman will have big skates to fill as he will likely come in to help the defensive core after losing team captain Shea Weber to a potentially career-ending injury.