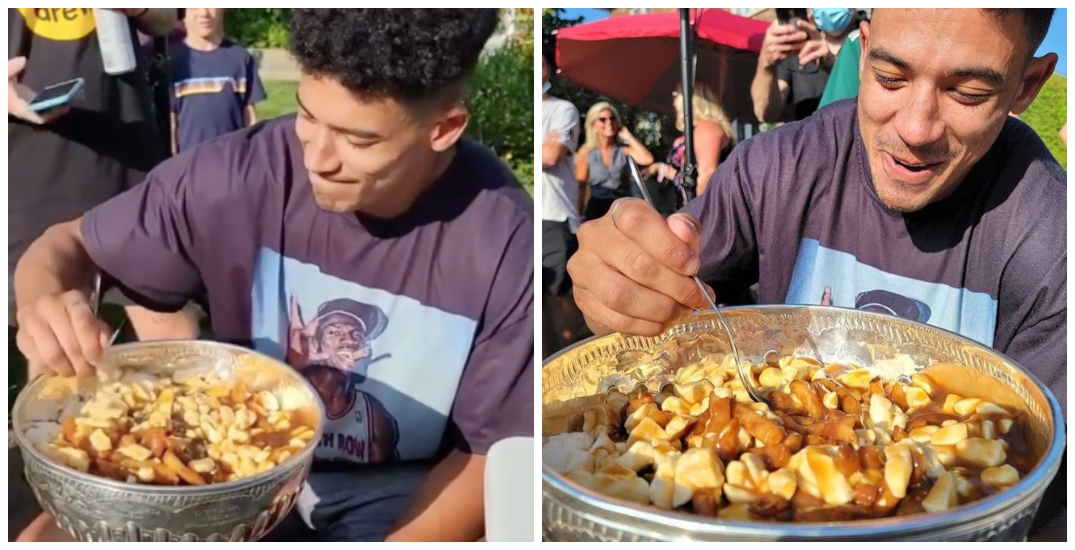 Poutine and the Stanley Cup, how much more Quebecer can you get?

Tampa Bay Lightning forward Mathieu Joseph scarfed down a poutine out of the Stanley Cup this weekend while enjoying time at home with the iconic trophy.

Joseph, the 24-year-old Stanley Cup Champion from Laval, was filmed eating the massive mound of poutine from the holy grail of hockey on Sunday.

Quebecers who were part of the Lightning second’s consecutive championship have been making the rounds across the province. Forward Alex Killorn took the Cup to his hometown of Beaconsfield and the Saint-Narcisse-de-Beaurivage announced on Facebook that Yanni Gourde, now of the Seattle Kraken, will bring the Cup to the town on Tuesday.

Add “devouring a poutine out of the Stanley Cup” to the young forward’s accolades.