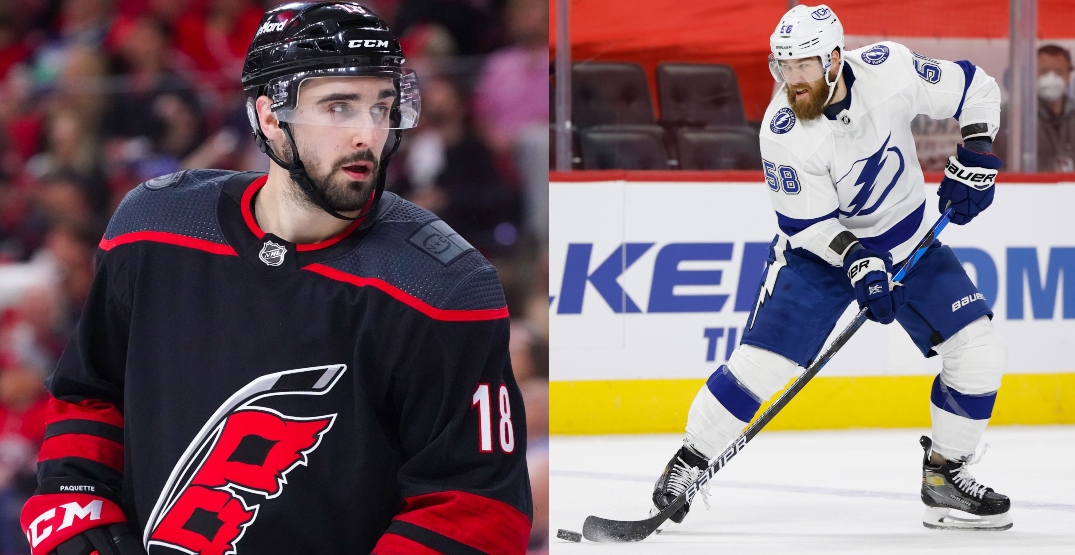 The Montreal Canadiens have added a pair of Quebec-born Stanley Cup winners in free agency.

According to Pierre LeBrun, longtime Columbus Blue Jackets defenseman David Savard, who won a Cup with the Tampa Bay Lightning last season, has reportedly signed a four-year contract worth $3.5 million per season.

The Habs also inked forward Cedric Paquette, who played with the Ottawa Senators and Carolina Hurricanes last season, after winning a Cup with Tampa Bay in 2020. Paquette’s deal is a one-year deal worth $950,000, according to Frank Seravalli of Daily Faceoff.

Hearing #Habs have agreed to terms with #StanleyCup champion Cedric Paquette on a one-year deal worth $950,000.@DFOHockey @Sportsnet

A 30-year-old right-shot defenceman, Savard, will help fill the void left by Shea Weber, whose career may be over due to injuries. Known more for his work in the defensive end of the rink, Savard did score a career-high 36 points (11-25-36) with the Blue Jackets in 2014-15. He has averaged just under 20 minutes (19:53) per game in the last four seasons.

Paquette, 27, scored eight points (4-4-8) in 47 games last season. A fourth-line energy player who can kill penalties, Paquette will be looking to bounce back after a difficult season.