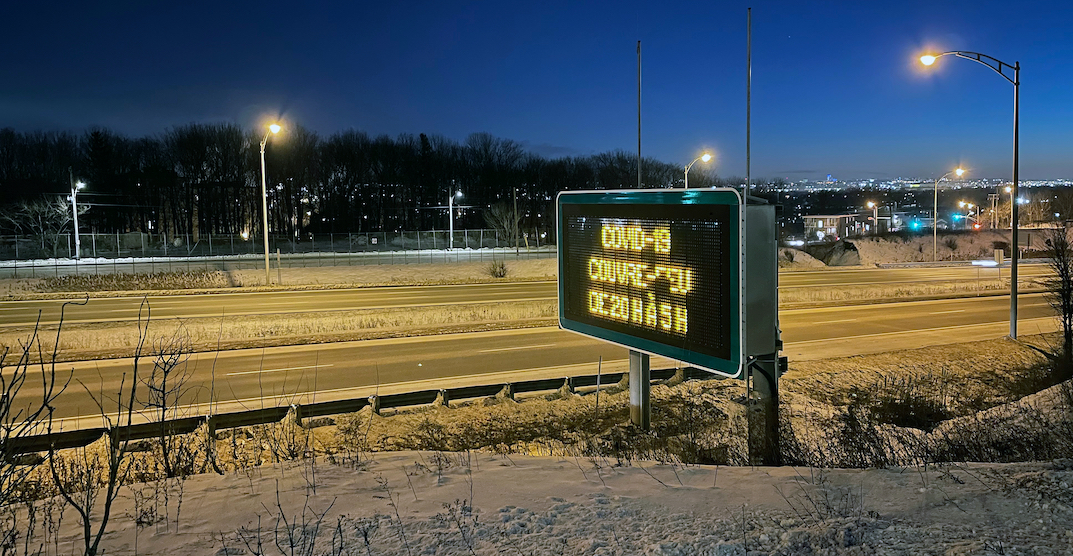 Three out of four Quebecers are in favour of the nightly curfew that was imposed by the government at the beginning of January.

According to the Leger poll, 74% of citizens in Quebec support the new nightly measure, 19% oppose, and 6% don’t know.

Broken up throughout the province, 91% of Quebecers aged 55 and older support the curfew. One-third (33%) of respondents in Quebec aged 18 to 34 oppose it.

Outside of Quebec, 39% of respondents in the rest of the country think that a nighttime curfew would be an effective way to reduce the spread of COVID-19 within their community.

The poll also asked Quebecers about the effectiveness of the curfew. More than half of respondents (57%) say the curfew is an “effective way to reduce the spread of the virus,” and 32% said the curfew has no effect on viral transmission. 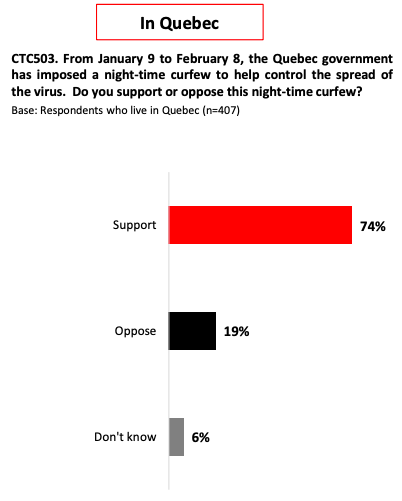 In the rest of Canada, 41% of people think that curfews aren’t effective at limiting the spread of coronavirus.

Quebec’s curfew restricts anyone outside from the hours of 8 pm to 5 am without a valid reason. Non-compliers can face fines between $1,000 and $6,000, and an “increased police presence” has been initiated across the province, according to Quebec’s Deputy Premier and Minister of Public Security, Geneviève Guilbault.

As it currently stands, the curfew is slated to be lifted on February 8 throughout the province.