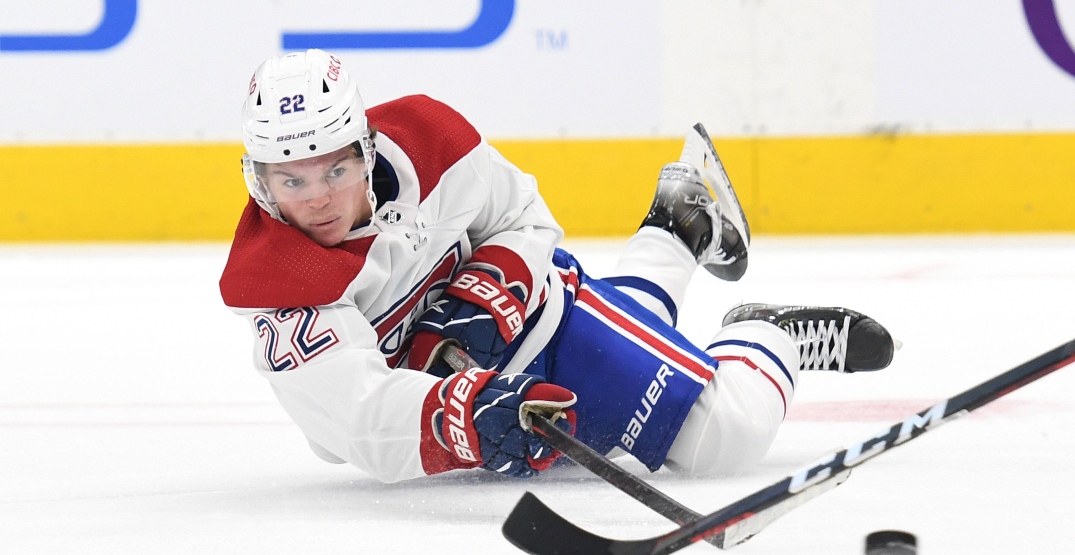 After the first period of Sunday afternoon’s game between the Laval Rocket and Utica Comets, the home team went after Montreal Canadiens forward Cole Caufield in a tweet.

The Canadiens sent Caufield down to the Rocket on November 1 after the rookie put up just one assist through his first 10 NHL games this year.

Despite neither team scoring after the first 20 minutes of Sunday’s game, the tweet mocked Caufield’s lack of on-ice presence, sarcastically asking if the 20-year-old played in the first period. 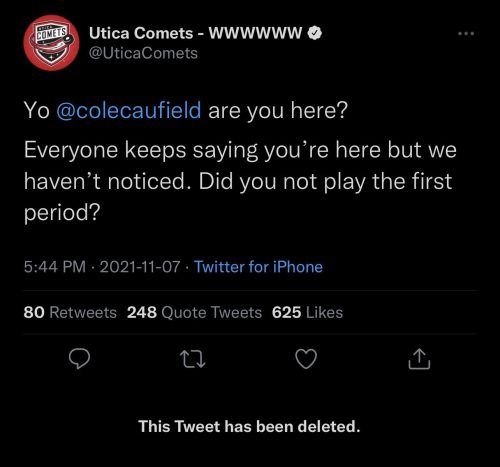 Sunday was also Caufield’s second game with Laval this year. After going pointless in his first, he registered an assist on Laurent Dauphin’s powerplay goal in the third period.

And while the game ultimately ended in a 4-2 Laval loss, Habs and Rocket fans were more upset with the tagging of their prospect in the snappy tweet.

Former Montreal Canadiens forward Maxim Lapierre was one of the first to voice his displeasure, calling the chirp “ridiculous”.

Really ? No but ….. you are actually serious ? This is absolutely ridiculous ! https://t.co/9KAHDqvNnq

C’mon. This is pure trash. Grow up just a little. Fourth grade level? Is that too much?

The Comets’ tweet was deleted soon afterward, but Habs fans made sure to keep the conversation going, sharing screenshots of the removed post.

You know that the internet is forever, right @UticaComets? pic.twitter.com/fezv6fkKAE

So, everyone including Utica Comets knows Jonathan Drouin and Carey Price left the team due to mental health problems….. And an AHL team tweets this to a player.!?
WHAT THE ACTUAL FUCK is this?@UticaComets

Plus, they tagged him. Rivalry between teams OK, pointing fingers to one specific player nope.

After the game, The Comets addressed the situation once more, this time praising Caufield, and referring to him as the “best player on the ice”.

For the record we know @colecaufield is the best player on the ice. Dude is unbelievable

But it was too little, too late as Habs fans were not quick to forgive the “joke”.