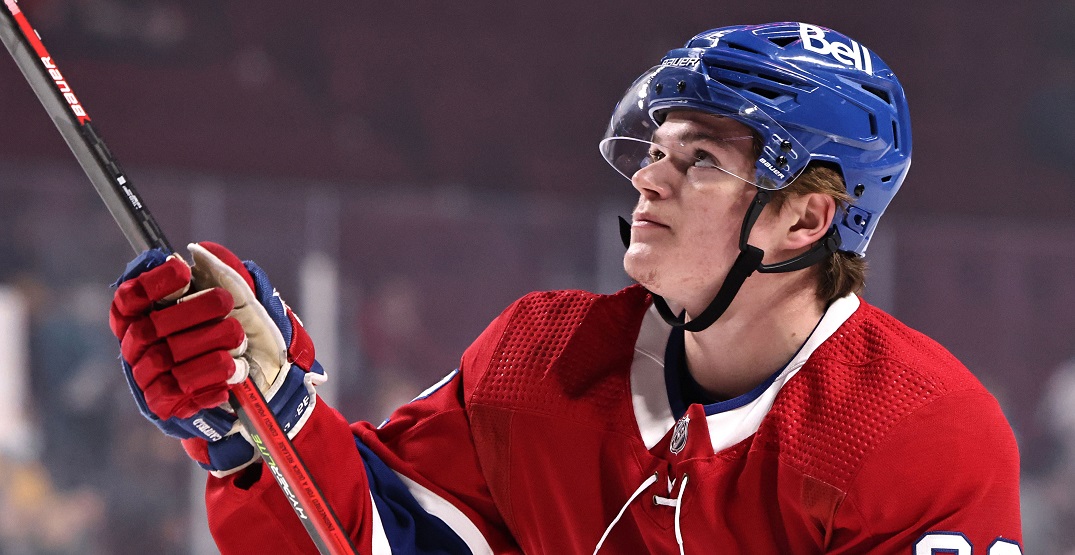 Montreal Canadiens forward Cole Caufield has been officially assigned to the Laval Rocket.

The Canadiens announced Monday that Caufield would be reporting to the Habs’ American Hockey League affiliate, with Michael Pezzetta being recalled in his place.

Pezzetta, age 23, has put up three goals and three assists for a total of six points in eight games with the Rocket this year.

It hasn’t been an easy year for Caufield, as he’s put up just one assist (and no goals) through his first 10 games in the NHL this year. Due to having played fewer than 25 games in a season so far, he was projected to be a Calder Trophy favourite as the league’s top rookie, but has yet to find his footing this year.

The Canadiens haven’t been doing so hot either, as they’re off to a 2-8-0 start and sit in last place in both the Atlantic Division and the Eastern Conference.

Caufield, a Canadiens first round pick in 2019, played two games for the Rocket last season after a Hobey-Baker winning year at the University of Wisconsin.

After getting his first NHL call-up, Caufield also appeared in 10 regular season games (and 20 playoff games) for the Canadiens last year, putting up eight goals and nine assists for a total of 17 points in those 30 contests.