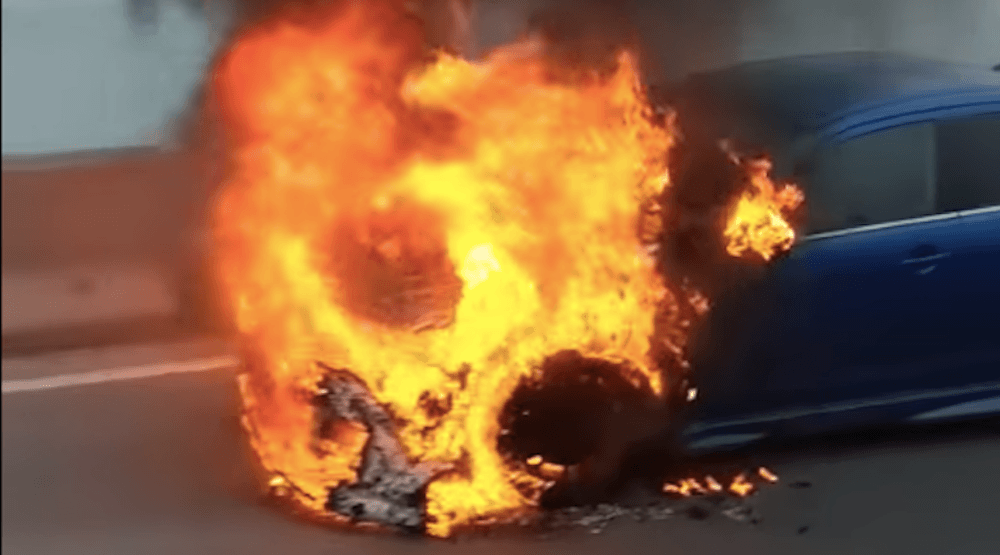 The Champlain Bridge has re-opened 3 Southbound lanes after it was shut down this morning when a car caught fire at about 7:30 am.

According to the Sûreté du Québec, the car’s fire broke out without any collision taking place.

After the fire had started, all southbound traffic was stalled. Though as of 8 am, all lanes were re-opened.

#ChamplainBridge all lanes are now open

A passerby caught a video of the car in flames and posted it onto YouTube: