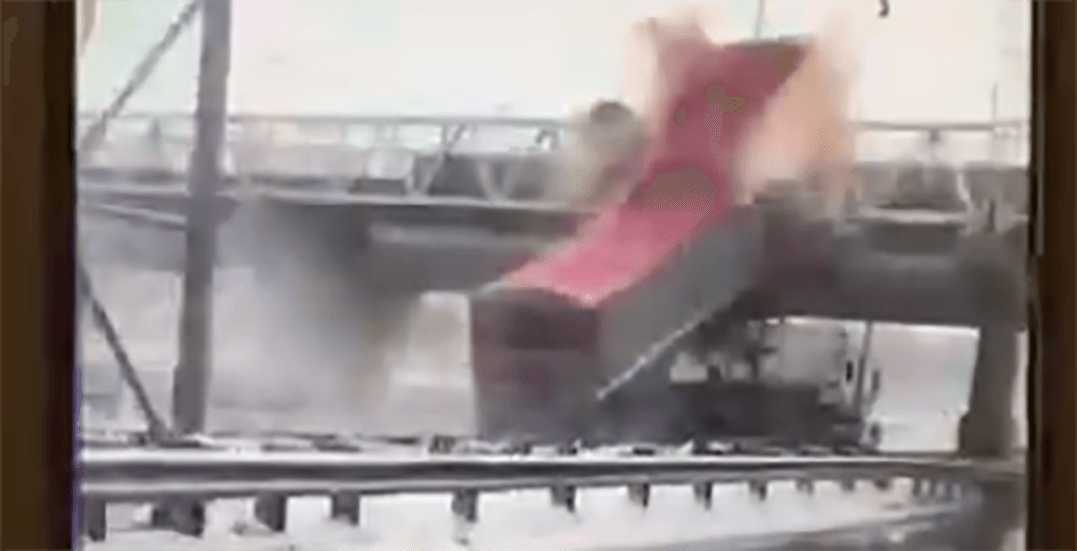 It all went down on Wednesday, April 4, 2018, when a loaded semi-trailer, left in a raised position, smashed directly into a pedestrian overpass.

The video, posted by Jonathan Berneche, reveals the vehicle driving with the container raised at a forty-degree angle. The truck was travelling at what looks to be a minimum of 90 km/h.

The container of the truck exploded on impact, creating debris from parts of the vehicle and its contents, which was later confirmed to be corn.

The Ministry of Transport later released in a statement that the highway overpass was dismantled overnight as a precautionary measure. The ministry also revealed that “reform of the Highway Safety Code” is currently under construction, including “a measure requiring the presence of a warning light inside trucks when the bucket is listed.”

The crash took place west of a bridge in Repentigny. Luckily, there was no one injured in the collision.