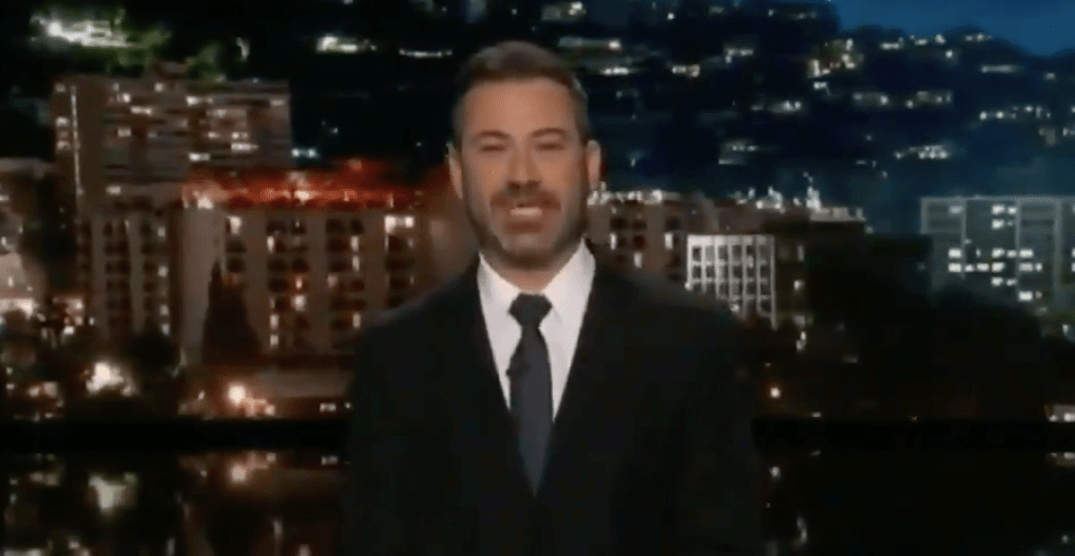 While the day-to-day discussions that take place inside the House of Commons in Ottawa are rarely a talking point for our neighbours to the south, one recent exchange between a federal Conservative Party member and Prime Minister Justin Trudeau caught the attention of late-night talk show host, Jimmy Kimmel.

“This is what’s going on in Canadian politics,” Kimmel says, as he introduces the clip.

The clip shows Quebec Conservative MP Scott Reid reminding everyone that the “rules of this House” do not allow people to eat within its walls, and says he can’t “help observe that during the last vote a number of people were eating in their seats.”

This group of people, he continues included Trudeau, “who appeared to be hiding a bagel in his desk.”

Trudeau’s response? “I apologize, and it was a chocolate bar.”

This exchange left Kimmel with two questions himself: “How do you confuse a chocolate bar for a bagel? Bacon is round in Canada, are their chocolate bars round there, too?”

The entire clip was tweeted by Canada’s Defence Minister Harjit Sajjan, who wrote that the “Conservatives are getting owned on prime time” for not knowing the difference.

The Conservatives are getting owned on prime time by @JimmyKimmelLive for not knowing the difference between a bagel and a chocolate bar. While they’re busy figuring that out, we will be delivering #YourBudget2019 that will grow our middle class and build a stronger Canada. pic.twitter.com/GANMHDRs6t