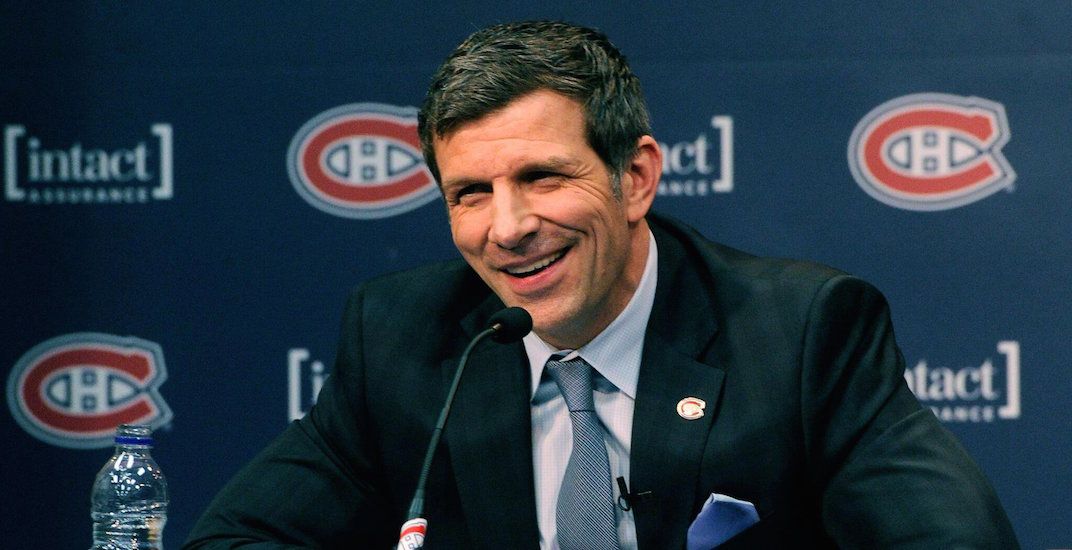 It’s year six of Marc Bergevin’s five-year plan and the team is getting worse – not better.

Already five points out of a playoff spot and on a four-game losing streak – which included a 6-0 loss to the Toronto Maple Leafs – this isn’t just a bump in the long road of an NHL season. This team has already endured a seven-game slide this season and it’s becoming clear that Carey Price has been propping up a house of cards for years.

Hired as Canadiens GM in 2012, Bergevin has been given ample opportunity to bring a Stanley Cup back to Montreal for the first time since 1993.

Price is now 30 years old and time is running out to capitalize on his prime years.

Of course that’s even more pronounced by the fact that PK Subban was dealt away – a trade that Habs fans will be reminded of again as the team faces the Nashville Predators on Wednesday.

In a league where player production can drop off significantly after the age of 30, the birthdates of many key players should concern owner Geoff Molson.

With those three in their prime, the Canadiens are routinely getting embarrassed and booed off their own ice.

It’s time for ownership to bid farewell to Marc Bergevin and find a new GM to right the ship.

The players are obviously fed up and coach Claude Julien is running short on options. It’s not his fault; he’s making due with what he’s got. But what he has isn’t good enough and that falls onto Bergevin.

The Subban trade has been dissected far too many times already, but the age difference – which was the main concern with the trade at the time – is looking more regretful by the minute.

To make matters worse, Bergevin’s recent quick fixes have only made things worse. Sven Andrighetto has 28 points in 38 games since being traded to the Colorado Avalanche, while the player he was traded for – Andreas Martinsen – has already been forgotten. Dwight King and Steve Ott, who were brought in for draft picks at last year’s trade deadline, are already out of the league.

Those are small examples, but they further add evidence that Montreal’s GM isn’t pushing the right buttons.

Bergevin’s biggest offseason mistake on the offensive side was letting Alexander Radulov go. The Canadiens are struggling to find offence again (as always) and Radulov, who has 20 points in 21 games this year with Dallas, has been greatly missed. Bergevin reacted to losing Radulov by signing low-risk free agent Ales Hemsky who has been an absolute no-show on the ice for the Canadiens thus far.

Things have gotten worse on the back-end for the Canadiens too. Bergevin forced Nathan Beaulieu out of town and gave Karl Alzner far too much money (5 years $23 million) to replace Alexei Emelin. Andrei Markov publicly stated that he wanted to return to the team, but was allowed to walk.

Jonathan Drouin was brought in to Montreal to be the team’s saviour at the expense of highly touted defensive prospect Mikhail Sergachev.

Sergachev is already sparking the Lightning on both sides of the puck. Still just 19, the Russian blueliner already has 14 points in 20 games with Tampa Bay. That’s more than Drouin, but you can hardly blame him. Drouin doesn’t have a lot of support and has been shoehorned into the No. 1 centre spot.

You can’t blame Bergevin for swapping defence for offence, especially to get a player with the potential of Drouin. But you can penalize him for not finding ample firepower for Drouin to work with. Drouin should be playing on a top line alongside Max Pacioretty and Radulov.

The team’s current struggles are worrisome, but it’s the murky future that should be the final straw. Bergevin’s organizational depth is far from impressive with little talent waiting to help the big-league club moving forward.

If Montreal does decide to move on from their GM, they ought to keep an eye on Julien Brisebois – Steve Yzerman’s assistant general manager in Tampa. Brisebois has had a front-row seat seeing Yzerman work a forward-thinking plan.

The Lightning have done everything that the Canadiens haven’t. They’ve built their team through the draft and made moves that will prolong their Stanley Cup window – not shorten it.

And really, that’s what this is about. Habs fans want a Stanley Cup, not another first-round playoff exit.