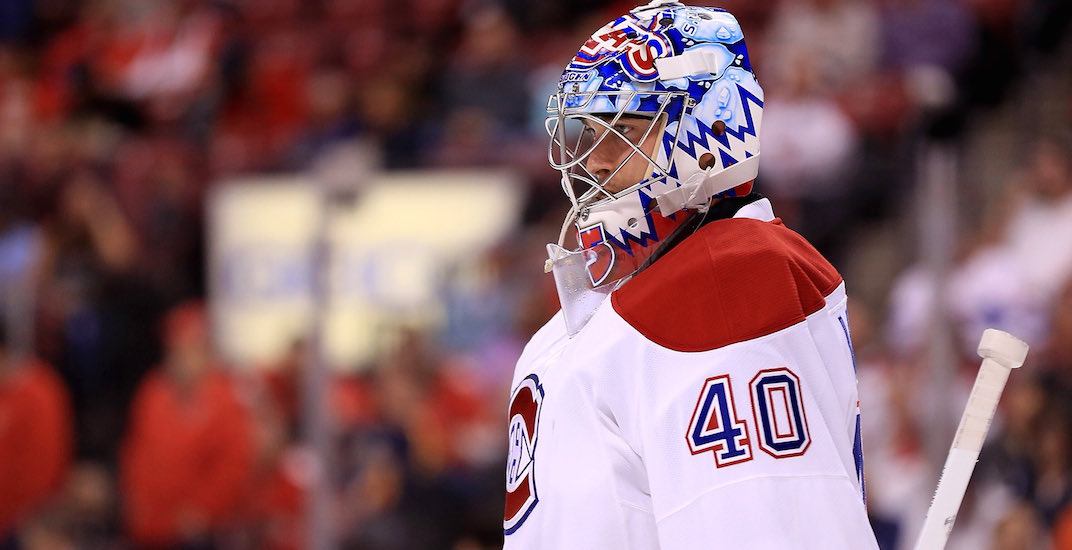 Charlie Lindgren is 4-0-0 to start his NHL career.

Not too shabby there kid.

Facing the dangerous Chicago Blackhawks to cap off back-to-back weekend games, the Montreal Canadiens sent out their 23-year-old netminder – their back-up’s back-up – and he stopped every shot of the 38 that were slapped his way.

With Carey Price sidelined due to a lower-body injury, Lindgren will get at least one more chance to continue his flawless record in his small sample size of an NHL career. But perhaps the Canadiens should consider a different approach moving forward with the youngster.

Price is going to be No. 1 on the Canadiens’ goalie depth chart for the foreseeable future, without question. Instead of employing Al Montoya as the comfortable back-up goaltender for this season, the Habs should ship Montoya to Laval to man their crease and showcase Lindgren as potential trade bait.

Lindgren is just 23-years old and has already proved he can handle the net at the NHL level. It’s no small feat in stopping the Blackhawks’ high-octane scoring power and preventing the Chicago fans from singing Chelsea Dagger. That’s impressive.

The Canadiens already have goaltending depth; Price, Montoya, Lindgren, and Zachary Fucale. Since nobody is going to dethrone Price, the Habs could use some of that depth to bolster their future in other areas.

Instead of sending Montoya out every fifth game, why not hold on to Lindgren, get him some experience and then ship him off to an NHL team that is hungry for goalie help and get a draft pick or a prospect back in return?

Lindgren was signed as an undrafted free agent by the Canadiens in 2016 and is currently in the last year of his two-year contract. If the Habs want to shop him, the time is now. The Minnesota native is calm and confident, characteristics that transfer to his play on the ice as evident by his gorgeous sprawling, blocker save versus ‘Hawks captain Jonathan Toews.

The Canadiens would be wise to not wait too long, as they did with Fucale after he won World Junior gold for Team Canada in 2015.

Fucale was drafted 36th overall of the 2013 NHL Entry Draft and could have garnered a decent return had he ben traded after the World Juniors. With Price signed on long-term, there was no need for the team to have four able goaltenders, as there’s only one net to tend. Let Montoya and Fucale lead the young Laval Rocket and showcase Lindgren’s potential at the NHL level.

Lindgren could have a lengthy and prosperous NHL career – it just shouldn’t be with the Montreal Canadiens.