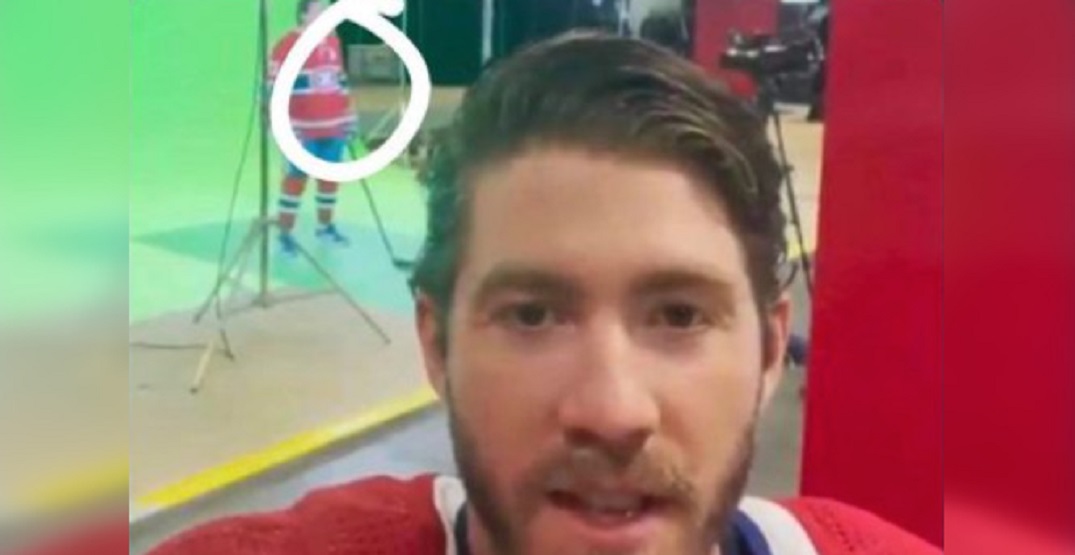 The Montreal Canadiens appear to have inadvertently leaked their newest assistant captain.

Spotted by Canadiens fan page instatricolore, Tyler Toffoli was shown in the background of a video of new acquisition Mike Hoffman with an assistant captain’s “A” on his jersey. 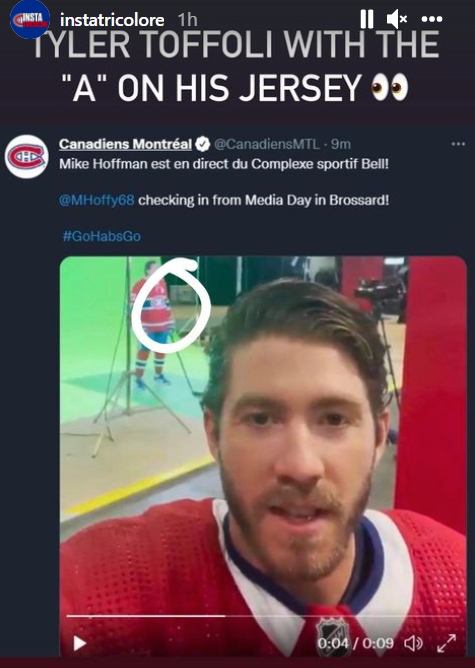 The Canadiens have since taken down the video.

Marc Bergevin had said earlier in the offseason that no player will be wearing the “C” while captain Shea Weber remains out with an injury, which could be career-ending.

In his first season in Montreal, Toffoli put up 28 goals and 16 assists for a total of 44 points in 52 games. During Montreal’s run to the Stanley Cup final, Toffoli added five goals and nine assists totalling 14 points in 22 playoff contests.

If confirmed as a Canadiens assistant captain, Toffoli joins Brendan Gallagher, Jeff Petry and Paul Byron as the team’s current players wearing the “A.” However, Byron is currently undergoing hip surgery recovery, so it’s possible that Toffoli’s sweater letter is only temporary.

More news is likely to trickle out soon about “Toffoli-gate,” if that’s what we want to call it.