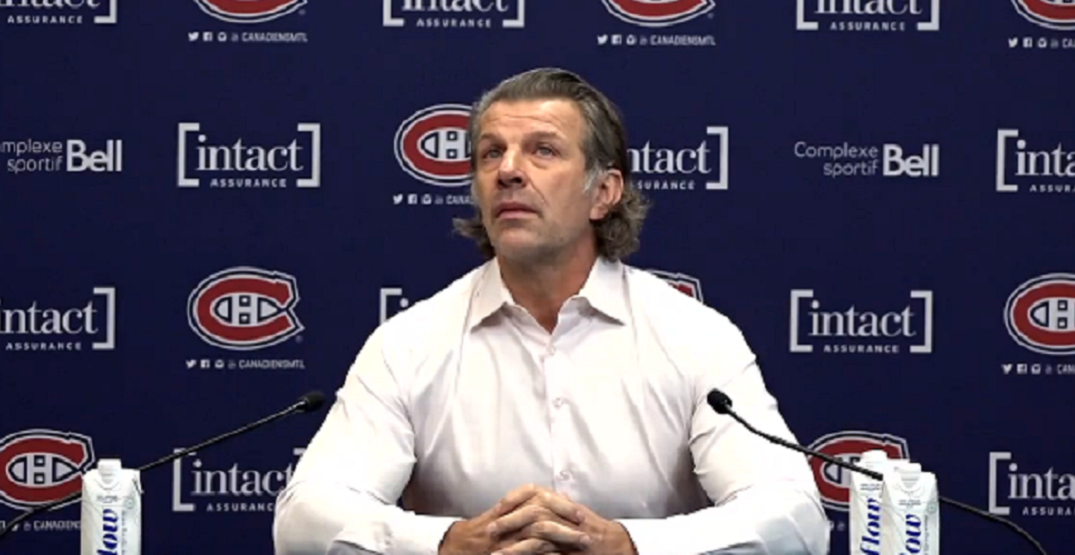 Montreal Canadiens general manager Marc Bergevin got emotional when discussing what goaltender Carey Price has meant to the organization.

It was announced Thursday that Price was taking an indefinite leave of absence to join the NHL’s assistance program. The reason for Price joining the program is currently unclear.

Here's the full clip of Marc Bergevin discussing what Carey Price has meant to him over the last nine years.

Bergevin fought back tears before saying "It's… it's hard." pic.twitter.com/ScIbbONYU1

Price has been the starting goaltender for the Canadiens for the entire tenure of Bergevin’s managerial career in Montreal, beginning in 2012.

Bergevin also showed support for forward Jonathan Drouin, who had opened up about his anxiety issues earlier in the offseason.

“It’s the elephant in the room sometimes. We don’t say anything and it’s very personal,” said Bergevin. “I salute [Price and Drouin] and I’m glad they did. If there’s other players in the NHL who have different issues, whatever that is, I think the NHL and NHLPA are really looking at the well-being of their players. I commend them to do that. I think every general manager is very sensitive to that and we are here in Montreal.”

Bergevin added that Price will be in the program for at least 30 days.

The Canadiens kick off their 2021-22 season on October 13 against the Toronto Maple Leafs.