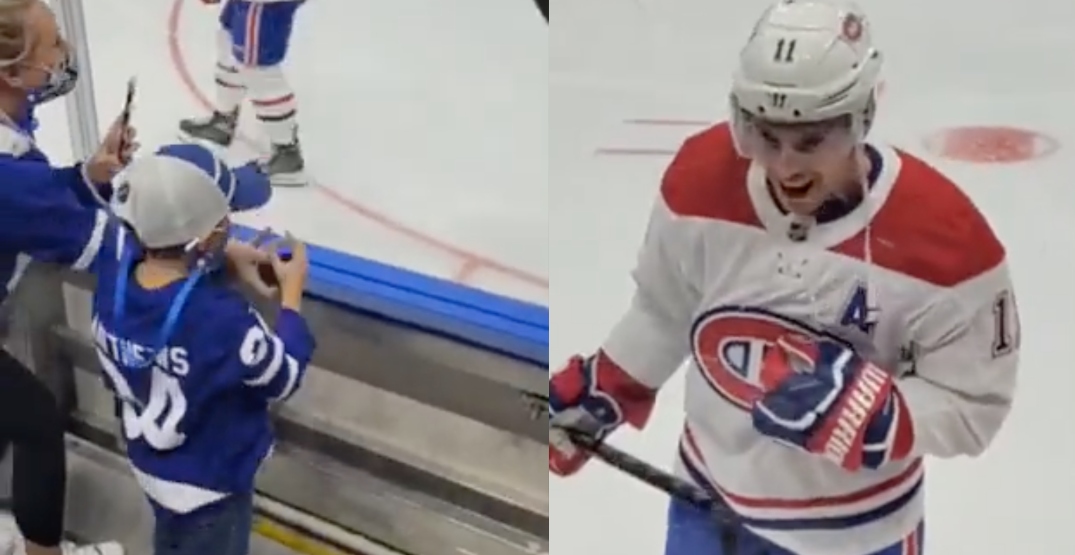 Brendan Gallagher is trying to turn Leafs fans into Habs fans, one kid at a time.

It probably won’t work, but the Montreal Canadiens forward didn’t seem to mind that a Toronto Maple Leafs fan was the recipient of the latest puck he tossed over the glass.

Prior to Tuesday’s game between the Leafs and the Canadiens at Scotiabank Arena, Gallagher gifted a puck to a young Toronto fan wearing an Auston Matthews jersey.

Talk about sportsmanship! But it seems like Gallagher added in a little friendly taunt as well, pointing to the Canadiens logo as he skated away.

Gallagher might not be so kind to the Leafs once things get going, however. The two classic Canadian rivals are set to kick things off next Wednesday, October 13 for each team’s season opener.

Gallagher has played 35 regular season games against the Leafs in his career, scoring 10 times while adding nine assists.

It’ll be the Leafs’ first real game since Game 7 of the first round of the 2021 playoffs, where they ultimately coughed up a 3-1 series lead against those very same Canadiens. Gallagher scored just once in that series, but it was a big one, the opening goal of the seventh and deciding game, which the Canadiens won by a 3-1 score.