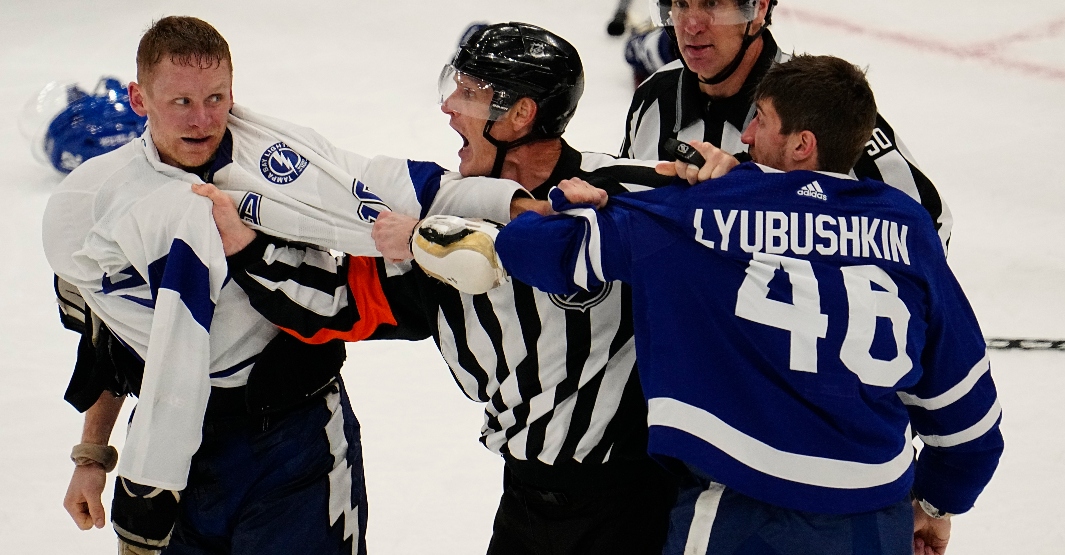 The ongoing Toronto Maple Leafs and Tampa Bay Lightning series has left many Tricolore diehards perplexed about which array of blue and white uniforms to cheer for.

If only the series could conclude in a double elimination.

I’ve always been a firm believer in cheering others on even when things don’t go my way. It’s called being a good loser. But, this integrity and nobility seem to go right out the window when it comes to the Leafs. As a Montreal Canadiens fan, I would rather cheer for any other team ⁠— including the one that broke my heart during last summer’s Stanley Cup Final.

Speaking of last year, how about that underdog upset in the first round? I still watch those game highlights anytime I need a pick-me-up.

Now, before you make any stark judgments about my character, I do realize that wishing for a fellow Canadian team’s failure is incredibly immature and petty. And yes, my beloved Canadiens happen to be so incredibly bad right now that this shouldn’t matter. But it does. That’s how deep this rivalry goes. And I wouldn’t be fulfilling my duty as a fan if I didn’t feel this way.

Even if I wanted to, I am unable to cheer for a team whose fans proclaim “this is the year” every year while holding the record for the longest Stanley Cup drought in history. And I have no patience for a franchise that calls itself “Canada’s team” when they have not seen the second round since Paul Martin was our prime minister. If Canada has a team, there’s a good chance that it’s the one with the country’s name in the title.

Maybe I’ve been programmed since birth to have a distaste for the second-most decorated franchise in the sport. But, maybe I’m tired of hearing the country’s sports media allocate the majority of the airtime to one of seven teams.

As Habs fans during this time, we mustn’t forget that Boston is our rival too. In fact, many Montreal supporters dislike the Bruins even more than the Leafs. But it’s different. At least Bruins fans have earned their bragging rights with some consistent playoff success in recent years. Beneath the hatred, there is a strange mutual respect there among us.

Leafs fans, on the other hand, have nothing but regular-season accolades in their repertoire. All bark. No bite. Nothing to show for the last 54 years.

Do I want to see the Lightning hoist the cup for the third year in a row? Absolutely not. Would it be an easier pill to swallow than watching Toronto win a series or two? Maybe. In all honesty, the round one celebration win in Toronto would probably be bigger than Tampa’s third consecutive Stanley Cup parade.

The Habs faithful will have to hope that neither scenario plays out.

With all that said, when the roles are reversed I expect the same passionate sentiments and treatment from Toronto fans. We all know they weren’t cheering for us during last year’s run. And I wouldn’t have it any other way.

What would the game be without rivalries, chirping, and passion?

As for this series, I’ll be watching, heckling from the bottom of the standings.

May the best team win.