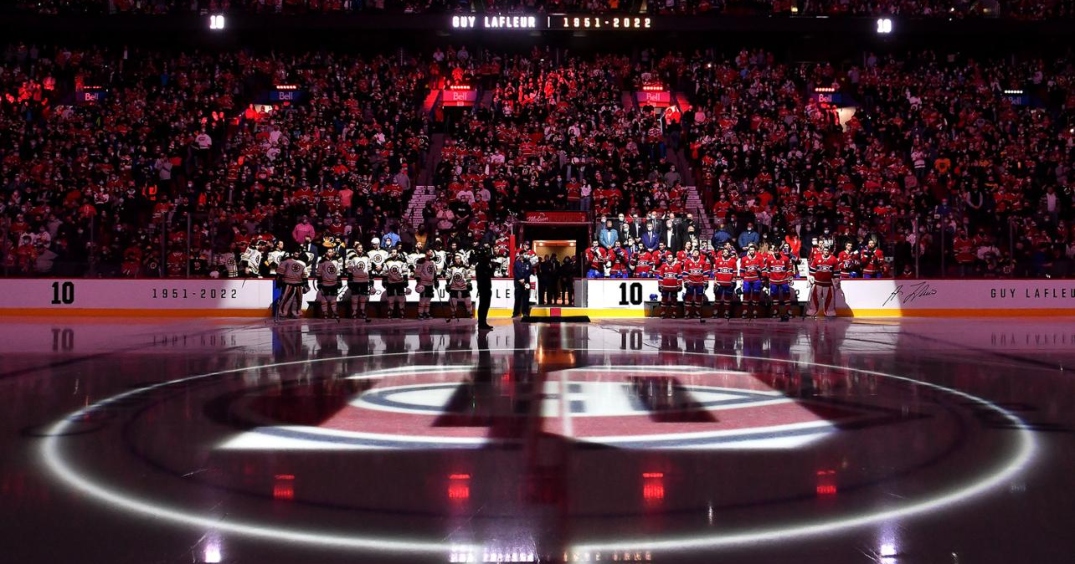 When Guy Lafleur passed away Friday at the age of 70, Montreal Canadiens fans and the hockey community at large was stricken with grief. Prior to puck drop at Sunday night’s game at the Bell Centre in Montreal, over 20,000 rose to their feet to properly honour the legend.

It was the type of ceremony only the Canadiens could pull off. Classy. Poignant. Heartfelt.

And it was fitting for Lafleur, who was a genuine Canadiens icon, having won five Stanley Cups with the team during his 14-year tenure (1971 to 1985) in Montreal. He had been battling lung cancer for three years.

A touching video of the Hall of Famer’s many accolades, accompanied by Frank Sinatra’s “My Way,” echoed through the arena. It was followed by applause reminiscent of Rocket Richard’s Forum ceremony or Saku Koivu’s return from cancer. As a single spotlight shone on Lafleur’s number 10, the rumbling crowd chanted “Guy! Guy! Guy!”

According to the Canadiens organization, the ovation lasted a “fitting” 10 minutes and 10 seconds.

As part of the tribute the team’s current roster wore jerseys adorned with a black crest, featuring the five time Stanley Cup winner’s number. The players also took their pre-game skate without helmets as a nod to Lafleur, whose hair famously blew in the wind as he glided down the ice.

Although the Canadiens ultimately came up short, losing 5-3 to the Boston Bruins, they saluted the crowd after the game, and raised their sticks in a unified salute up to banner in the rafters.

According to a team press release, “Lafleur will lie in state at the Bell Centre on Sunday, May 1, from noon to 8:00 p.m. and Monday, May 2, from 10:30 am to 3 pm.” Fans are invited to visit the Bell Centre, using its main entrance at 1909 avenue des Canadiens-de-Montreal.

A national funeral will be held on Tuesday, May 3 at 11 am at Montreal’s Mary Queen of the World Cathedral.