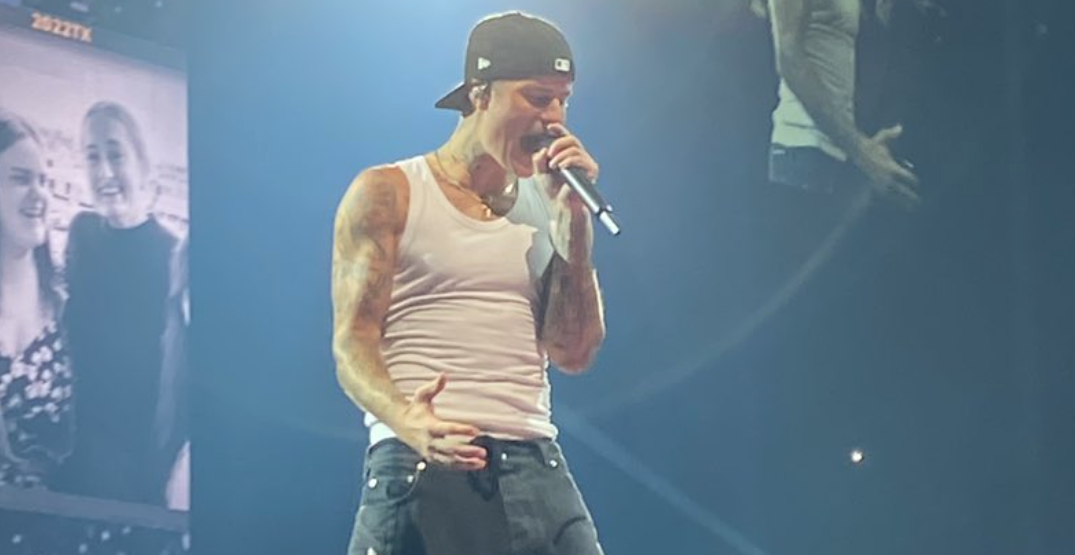 At Tuesday night’s show as part of the Justice World Tour at the Bell Centre in Montreal, the noted Toronto Maple Leafs fan Bieber had a bit of fun with the local crowd.

“How about the Leafs, huh?” Bieber quipped. “How’s that playoff spot looking for you guys?”

My video of Justin Bieber getting booed bc of the leafs and the crowd chanting Go Habs Go 🔥 pic.twitter.com/5xbFrVMCmh

Montreal was the first NHL team to be officially eliminated from the playoff race, a shocking downfall from a team that appeared in the Stanley Cup Final just eight months ago.

Meanwhile, the Leafs are well on their way to a return to the postseason, sitting seventh in the NHL entering Wednesday’s games.

Bieber also gave a shoutout to his long-time buddy Auston Matthews, which was met with a chorus of boos, with the fans responding back with a “Go Habs Go” chant when Bieber tried to start up a Leafs-focused cheer.

It’s no surprise that the pop singer wasn’t exactly ready to support Les Habitants, though, as he’s now actually an official partner of Toronto’s team.

Bieber and his Drew House brand collaborated with the Leafs on a jersey worn last week for their Next Gen game against the New Jersey Devils. Toronto won 3-2, with Bieber crashing the locker room celebrations post-game.

But while Bieber got his shots in, the Montreal crowd has a few things hanging over him as well: the Canadiens hold a 2-1 record against the Leafs this year, while also still being able to brag about last year’s upset playoff series win against Toronto.

The Leafs and Habs close out their season series on April 9, with Montreal travelling to Scotiabank Arena in the next instalment of the century-long rivalry.