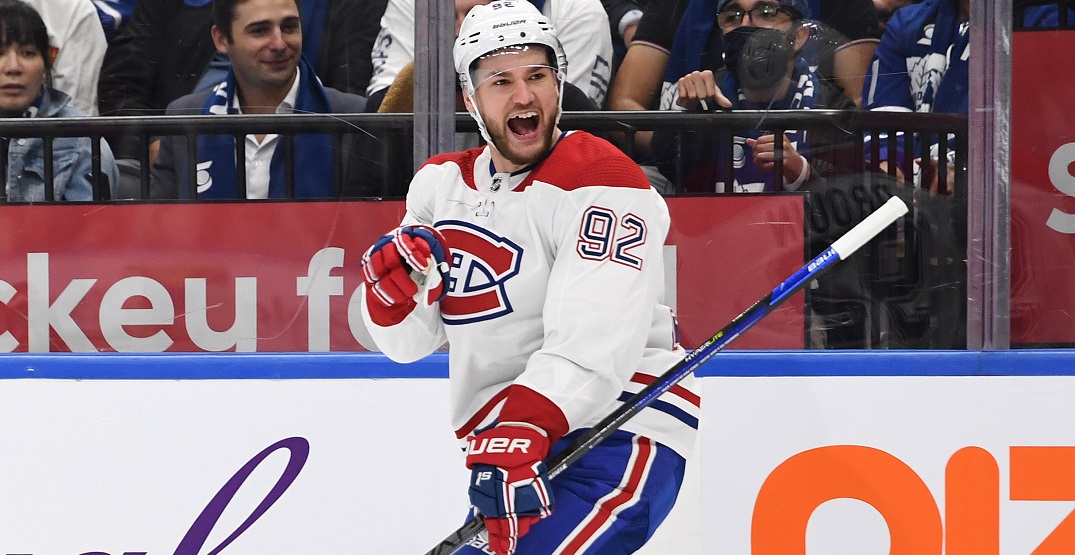 Canadiens forward Jonathan Drouin picked up his first goal of the season on Wednesday in Montreal’s season opener, but the goal meant much more than a simple tally on a scoreboard.

His goal ended up being the Canadiens’ lone marker of the night, as they fell 2-1 to Toronto.

Drouin opened up last month about the leave, saying it was to deal with anxiety and insomnia.

“I’ve had anxiety problems for many years; insomnia problems that relate to my anxiety,” he said last month in an interview with RDS. “It wasn’t an easy thing to do, and I’m proud of what I’d done and happy I did it. I’m 26 years old, so I wanted to do that at that point in my career and feel good for the next years.”

“It was a nice relief to get a goal, obviously,” he added in his post-game press conference. “[But] I wish we had the two points instead.”

“My head’s clearer,” Drouin said about playing this season. “I’m more in the game. I’m more focused; I’m more ready. Going to the rink was a completely different experience for me than the past couple years.”

Canadiens head coach Dominique Ducharme had said earlier in the offseason his teammates and coaching staff had been in constant contact with Drouin while on leave.

Tributes came in from around the hockey community from fans and media to support Drouin, who scored for the first time in 26 games:

So happy the first Habs Goal went to Jo Drouin! His smile says he’s in a good place. #GoHabsGo

Jonathan Drouin with a goal that feels like 50 all at once. Good for him.

The Canadiens return to action on Thursday night, with a road matchup against the Buffalo Sabres beginning at 7 pm.