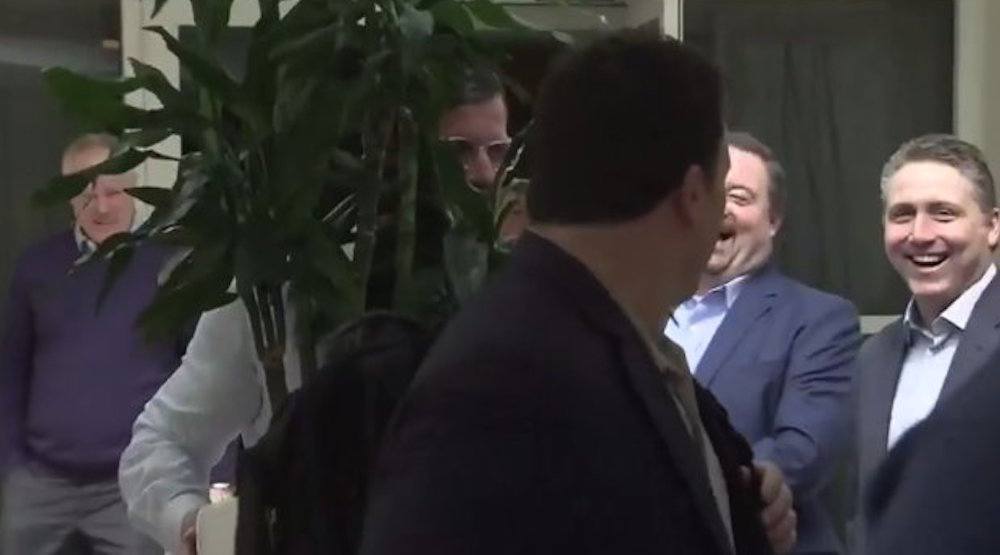 NHL general managers are under constant scrutiny by the media. When you’re the GM of the Montreal Canadiens, that scrutiny is amplified.

Perhaps then it’s no wonder that Habs GM Marc Bergevin, decided to get creative in avoiding the throng of media at the NHL general managers meeting in Boca Raton, Florida on Monday.

Bergevin, who had a reputation as a practical joker during his playing days, put a plant in front of his face as he walked by notable TSN insiders Pierre LeBrun and Darren Dreger.

@canadiensmtl GM #MarcBergevin jokingly hid behind a large plant to avoid the media at the GM meetings.

Can’t wait for his next disguise. Glasses and a fake moustache?