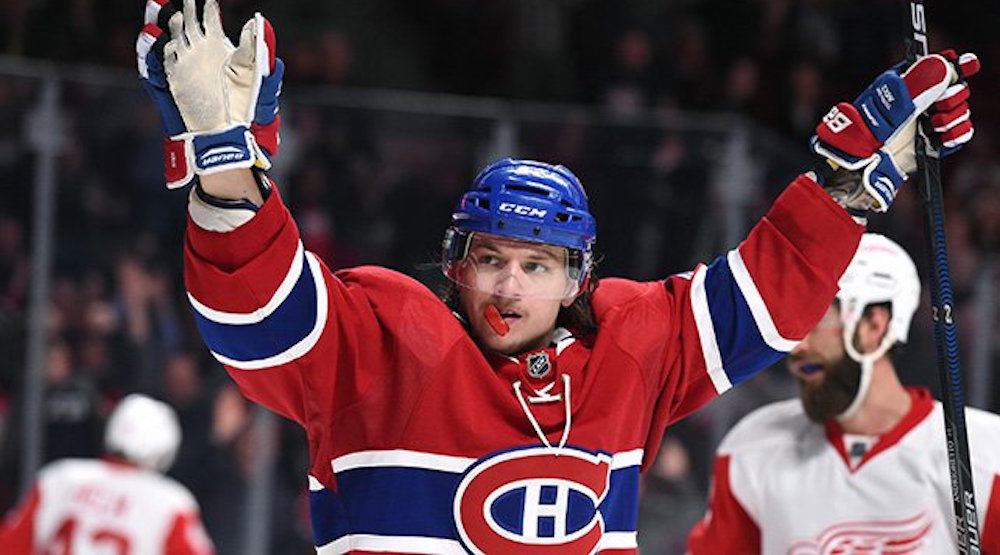 The Montreal Canadiens have made their last move before today’s trade deadline, swapping young forwards with the Colorado Avalanche.

Sven Andrighetto is on his way to Denver, with Montreal receiving 26-year-old Andreas Martinsen in return.

Andrighetto never seemed to find his groove with the Habs after being selected in the third round of the NHL Draft in 2013. His most productive season came last year, scoring 17 points (7-10-17) in 44 NHL games.

"We just added an element that we thought we needed, without touching the core of our team." – Marc Bergevin #GoHabsGo

The 6-foot-3, 220-pound forward is the latest addition in a series of moves made by Canadiens GM Marc Bergevin that appear to make his team tougher, although less skilled.

#Habs Bergevin on Charles Hudon: "One of the reason we felt comfortable moving Sven is we felt Charles could help provide – or more" #TSN690

Habs fans will hope these acquisitions make Montreal more battle-ready for the playoffs, where they hope to make some noise this season.