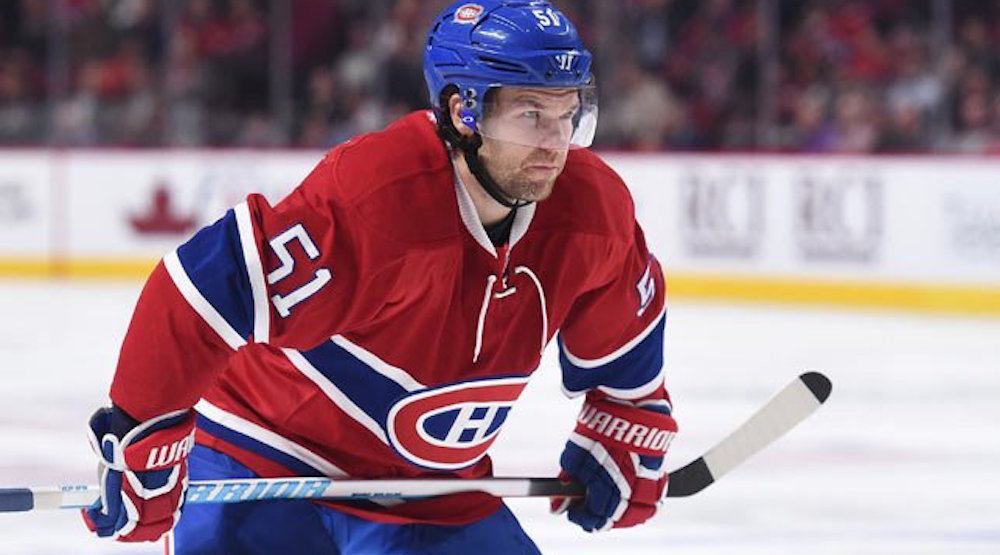 The Montreal Canadiens made a pair of trades on Trade Deadline Eve, as they look to prepare themselves for the playoffs.

Desharnais, who scored a career-high 60 points in 2011-12, fell out of favour in Montreal recently. He’s appeared in 31 games this season, averaging just 13:06 of ice time.

The 5-foot-7 centre is scheduled to become an unrestricted free agent on July 1, and was going to leave for nothing.

The Desharnais deal was related to another move GM Marc Bergevin made on Tuesday. The Habs acquired gritty centre Steve Ott from the Detroit Red Wings, in exchange for a sixth-round draft pick.

Like Desharnais, the 34-year-old Ott is scheduled to become an unrestricted free agent in the summer. Ott has just 6 points (3-3-6) in 42 games this season, averaging just 10:28 of ice time.

The Canadiens will hope that Ott brings a few more intangibles to the table, particularly in the playoffs when the intensity and physicality gets ramped up.

Montreal, along with the other 29 NHL teams, have until the 3 pm ET deadline to make their final trades of the season.