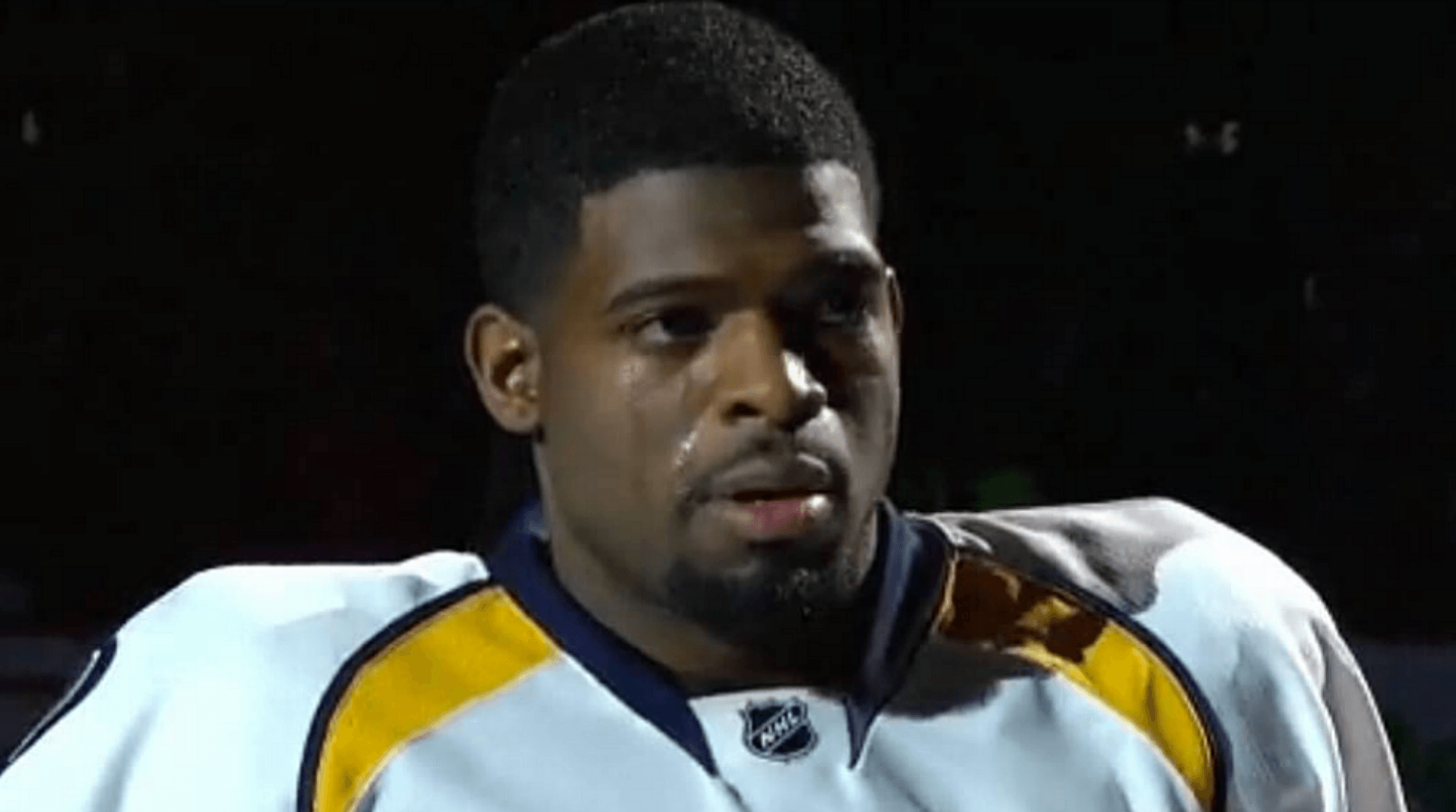 March 2nd marked the first time that superstar defenceman P.K. Subban returned to Montreal after he was traded for Shea Weber of the Nashville Predators last summer.

Though the beloved player is surely missed by fans of the Montreal Canadiens, his ex-team decided to pay him tribute at last night’s game.

Prior to the singing of the national anthems, the Montreal Canadiens played a one and a half minute video tribute to Subban’s time as a Habs player.

The touching tribute included some of his best work both on and off the ice, and was so moving that it brought the Toronto native to tears.

Ending with “Welcome back, P.K.,” check out the video below.

In addition to the video montage, many fans showed up with signs declaring their love for the player, even giving him a standing ovation when he took the ice.

It was quite a night.