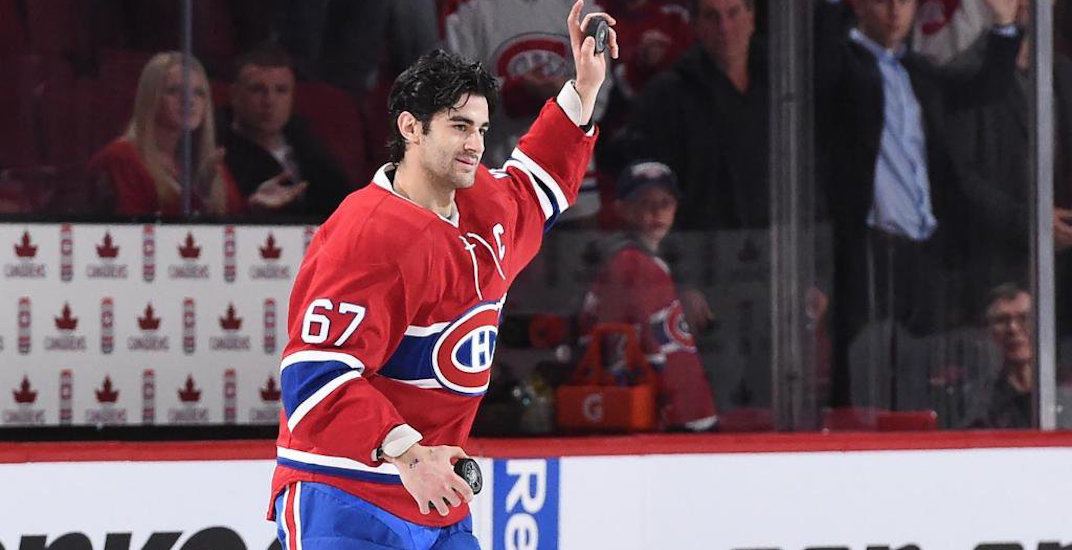 Monday started off with a buzz in Montreal as the Max Pacioretty saga came to an end in the wee hours of the morning.

After months of speculation and rumours, the Canadiens have traded their captain to the Vegas Golden Knights for Tomas Tatar, a prospect, and a draft pick.

The trade cements the fact that the Canadiens are retooling. The core group of players that general manager Marc Bergevin was touting a couple of years ago are all gone. Pacioretty joins P.K. Suban, Andrei Markov, Alexei Emelin, Alex Galchenyuk, Lars Eller and Mikhail Sergachev on his list of expendables.

Having already finished 29th in goals per game last year, the Habs have lost both size and scoring ability with the departure of Pacioretty.

They gained an established presence in Tomas Tatar, who’s under contract for three more years with a cap hit of $5.3 million, a good prospect in Nick Suzuki, and a second-round pick in the 2019 NHL Draft.

In what’s becoming all too common, fans are now asking themselves ‘what now?’

Did we get enough in return? Who’s going to captain the squad? How will we score?

Agree with those saying Montreal’s return on Pacioretty isn’t bad given the circumstances. But “the circumstances” didn’t just fall out of the sky. They painted themselves into a corner, then kind of sort of squeezed decent value out of it.

Montreal is going to score like five goals next year. They finished 29th in goals for last season and then traded their two best goal scorers this summer. Also: They have no centres and a team full of passers. Cue up the Jack Hughes highlights and hope for the best.

Smart of Montreal to trade Patches at 1am on a Monday morning week 1 of the NFL season. Barely anyone noticed

I WAKE UP TO FIND OUT THAT MAX PACIORETTY GOT TRADED TO AN ORGANIZATION THAT WILL LOVE AND APPRECIATE HIM WHILE NOT BEING AN ACTUAL ON FIRE GARBAGE CAN *AND* HE ESCAPED THE MONTREAL MEDIA???? pic.twitter.com/H1fUOMmQ7Z

i can finally hate montreal in peace lmao

The City of Montreal is testing its emergency citizen-alarm system this morning. Montrealers are being asked to wake up, check hockey twitter, scream, and wake up their neighbours. Good luck.

Thank you max pacioretty for everything in Montreal ❤️ I’m gonna miss ya🙃… good luck in Vegas.

This all part of Montreal’s plan to name Weber captain and change his name to Chez.

Did Montreal just try and ship their captain out in the dead of night hoping nobody would notice?

Wow, Montreal! Can you imagine trading your best player to Vegas for a relatively minimal return? How embarrassing!

I can tweet this confidently knowing that it will never come back to haunt me.

WHY ARE YOU THE WAY YOU ARE MONTREAL.

This was a good trade for both sides. Habs get an A level center prospect that can pan out as a 2C and now have some nice depth with Kotkaniemi/Poehling/Suzuki down the middle. It became obvious that Pacioretty was not going to sign in Montreal. Tatar was also a nice add.

That’s a strong return for Montreal. Tatar slots in as a stopgap that can be flipped, Suzuki is a hell of a prospect, and picks are picks. Shame for them that this is how Pacioretty’s tenure ends, but at least they turned it into a haul. https://t.co/LJCHr8lMwl

Re: Pacioretty. Not a bad return for a guy coming off a brutal season with one year left on his deal.

I am only now finding out that Pacioretty is traded to Vegas for Tatar, Suzuki and a 2nd rounder. A 5 time 30 goal guy for a 0 time 30 goal guy who is 4″ shorter. Toss another tire on the fire Bergy. Well done.

Very impressed with the return in the Pacioretty trade. Lets be honest, after Walsh’s twitter tirade there was no way he was being re-signed and no way he would choose to stay after July 1. When you look at the comparables this summer (Hoffman, Skinner), our return was way better

Nick Suzuki was drafted 13th overall in 2017, is a natural centre, and he scored 100 points in 64 games in his last year in junior. That he came to MTL with Tomas Tatar and a 2nd round pick for Max Pacioretty… it’s an impressive return under the very public circumstances.

Gonna need a sign that says “it’s too soon to talk to me about Max Pacioretty” that I can put up at my desk until 2022.

Vegas paid a 1st, 2nd and 3rd for Tatar. Basically didn’t use him, gave him to us along with one of the best centre prospects outside the NHL, and a 2nd rounder.. for an unsigned Max Pacioretty. Amidst this media circus where we were supposedly screwed.

Montreal fans when they see the Max Pacioretty trade. pic.twitter.com/suLYKmhftf