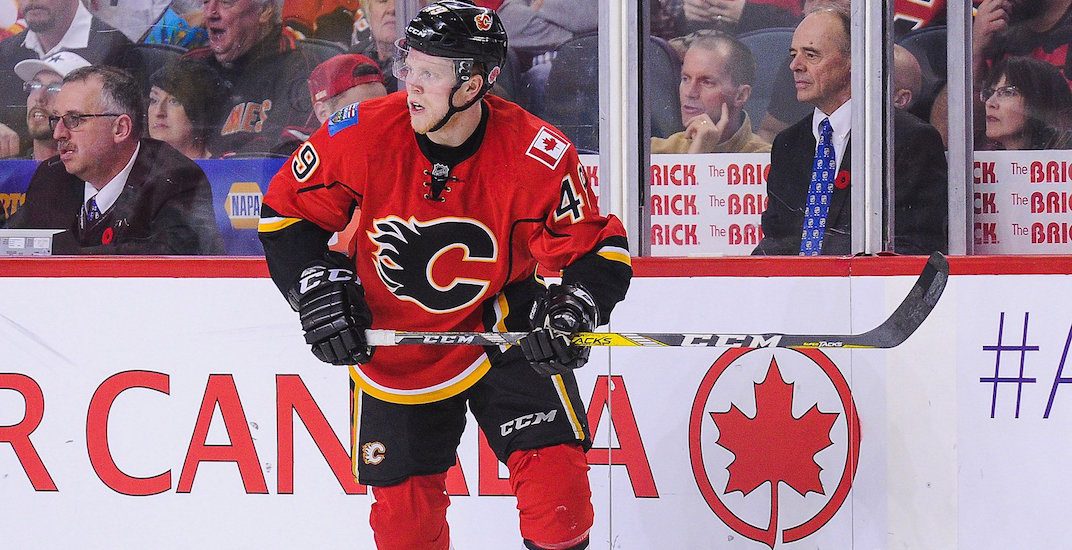 The Calgary Flames and Montreal Canadiens have swapped a pair of underperforming 23-year-old left wingers in a one-for-one trade on Monday.

Heading to Montreal is Hunter Shinkaruk, a Calgary native and former first round draft pick by the Vancouver Canucks (24th overall) in 2013. In return, the Flames receive Kerby Rychel, who was drafted five spots earlier than Shinkaruk by the Columbus Blue Jackets in the 2013 draft.

A high-scoring junior player, Shinkaruk wasn’t able to have sustained success in Calgary after being acquired for Markus Granlund in 2016. He appeared in just 14 games with the Flames – none last season – scoring four points. Shinkaruk had just 32 points in 63 AHL games last season, a far cry from the 39 points in 45 AHL games he had in 2015-16 before the trade.

Rychel has followed a similar career path, though he’s been traded twice. Offering a combination of size, skill, and toughness, Rychel spent time in the Toronto Maple Leafs’ organization before being traded to Montreal in the Tomas Plekanec deal in February. His numbers were impressive in his short stint with the Canadiens’ organization, scoring two points in four NHL games, to go with 12 points in 16 AHL games.