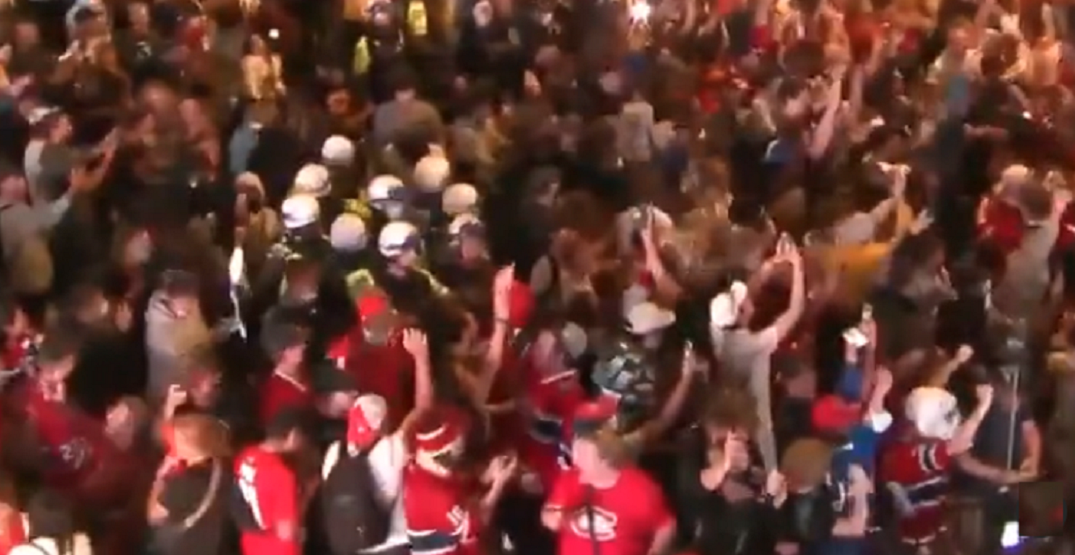 Montreal Canadiens forward Josh Anderson has had a knack for the clutch this postseason during his team’s surprise playoff run.

Anderson kept the Canadiens’ season alive on Monday night with a diving goal in overtime, giving the Habs their first win in four tries against the Tampa Bay Lightning in the Stanley Cup Final.

And boy, did the streets of Montreal show their support.

Outside of the Bell Centre, fans were hyped up to see their team win their first Stanley Cup Final game since winning it all in 1993.

Videos like the one above sparked a conversation about why there was a rejected proposal for more fans in the building if spectators were still going to congregate in close quarters outside the arena.

Outside of Toronto and Winnipeg, who did not allow the general public to buy tickets for their games, Montreal has had the smallest allowed crowd of any NHL team in the playoffs this year.

“Just let them in the building! How is this any better health-wise!” one Instagram comment from user kam_thirty7 read.

Canadiens coach Dominique Ducharme recently criticized the Quebec government for rejecting a proposal to allow around 10,000 fans in the Bell Centre for Montreal’s home games. The current capacity is 3,500.

But whether it’s in front of a large crowd or not, every team needs a guy that can score when it matters most, and Anderson has been that guy for Montreal in these playoffs.

During Game 3 of the third round against Vegas, Anderson scored both the game-tying goal in the final minutes of regulation before adding the winner in overtime.

This ice-level view of Anderson’s goal from last night shows exactly how Anderson hustled to be in the right position to whack home a rebound past Lightning goalie Andrei Vasilevskiy after being thrown into the boards.