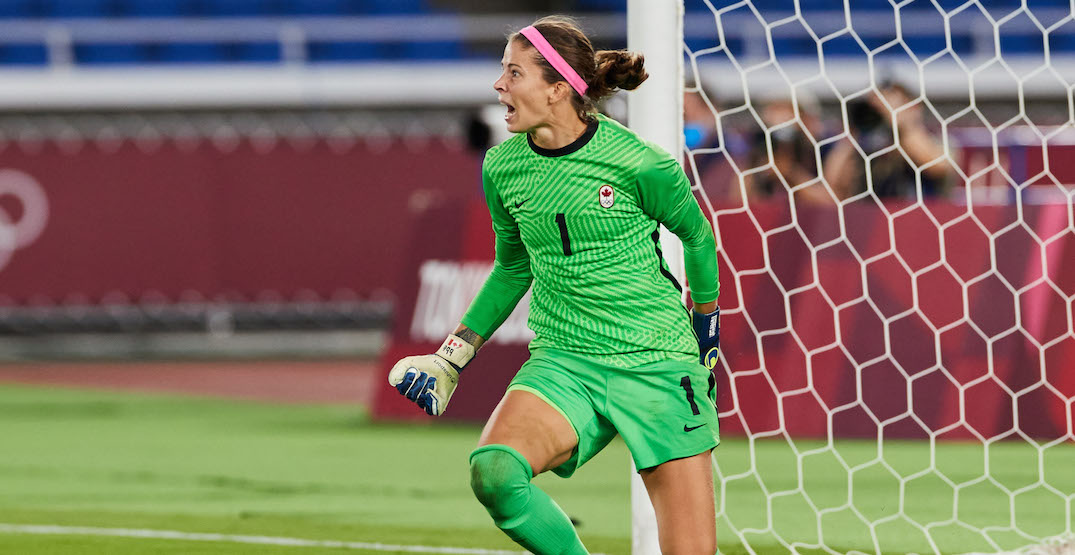 Canadian national team goalie Stephanie Labbé is just about set to call it a career.

In a statement via Canada Soccer, Labbé announced that her last match will be in an upcoming friendly competition with the national team as a sendoff.

The 35-year-old Labbé had joined Paris St-Germain this past summer following the Tokyo Olympics, but left the team following the winter break.

“The leadership, performances and confidence we saw from Steph this summer demonstrates the impact she has on Canada Soccer’s Women’s National Team,” said Bev Priestman, head coach of the women’s national team, in a statement.

Labbé, an Edmonton native, was one of Canada’s biggest stars in the Olympics, including a shooutout performance in the gold medal game where she stopped three Swedish shots en route to Canada’s win.

“It still brings goosebumps, and tears to my eyes thinking about it,” Labbé said while fighting back tears at a press conference. “It’s a truly memorable moment that I’m honoured to be a part of.”

“I can’t think of a better way to go out after such dedication to the program than with the world-class performances we consistently saw from her on the biggest stage possible to win this country a gold medal,” Priestman added. “I know Steph is ready to move onto the next phase of her life and on behalf of the team and Canada Soccer would like to thank Steph for her tireless commitment and what she has done for this country. She will be greatly missed.”

Labbé was also nominated for FIFA’s top goalkeeper honour this past year, which was awarded to Chile’s Christiane Endler.

“I’ll take a gold medal over any of those awards,” Labbé  said.

Labbé said she knew the decision was coming for a while.

“It’s time for the next generation to take over,” Labbé added. “I know I’m leaving Canada in extremely strong hands. ”

Stephanie Labbé first joined the national team in 2008, and was also part of the team’s Olympic squad for their 2016 bronze medal performance.