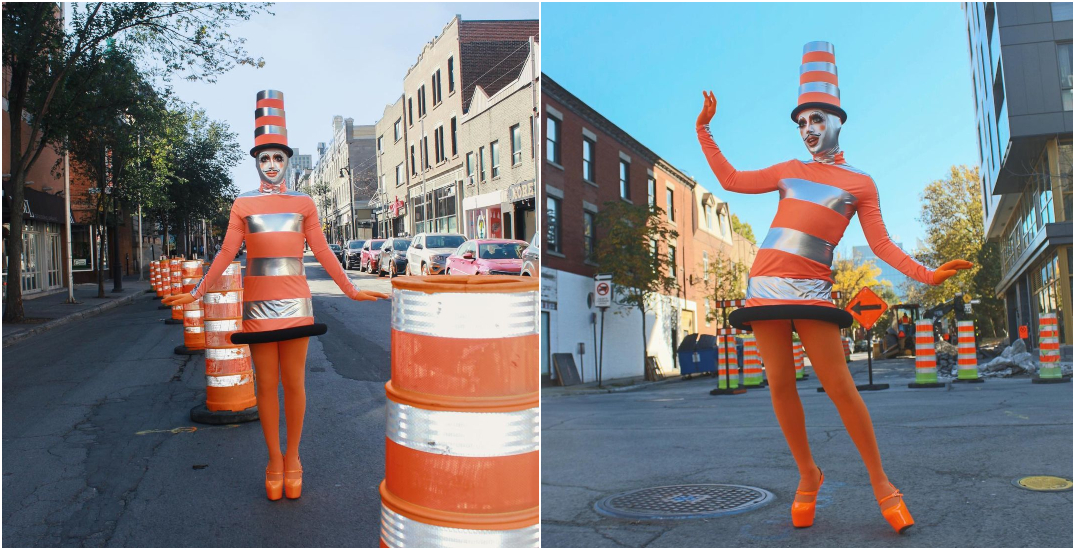 How much more Montreal can you get for Halloween?

The performer tells Daily Hive that the costume is a mini-challenge for Canada’s Drag Race where contestants had to present a “Queen of your Neighbourhood” look, representing themes from their hometown.

“The most distinct feature I have of Montreal is the construction,” she tells Daily Hive, “so I made a look based on our iconic cones.”

Pythia, who lives in The Village, says she put the costume together in one day (impressive) and that the show is giving out a $100,000 prize for the contest, along with a “sickening supply of beauty products” from Shoppers Drug Mart/Pharmaprix.

She says Montreal is full of construction and the constant song of power tools and the vibration of the Earth accompanies locals everywhere, explicitly calling it “i-cone-ic behaviour.”

Currently, Pythia is touring for viewing parties of season two, which is currently airing on Crave.

Here’s hoping she wins the show’s mini-challenge prize because she absolutely nailed HallowQueen in Montreal.