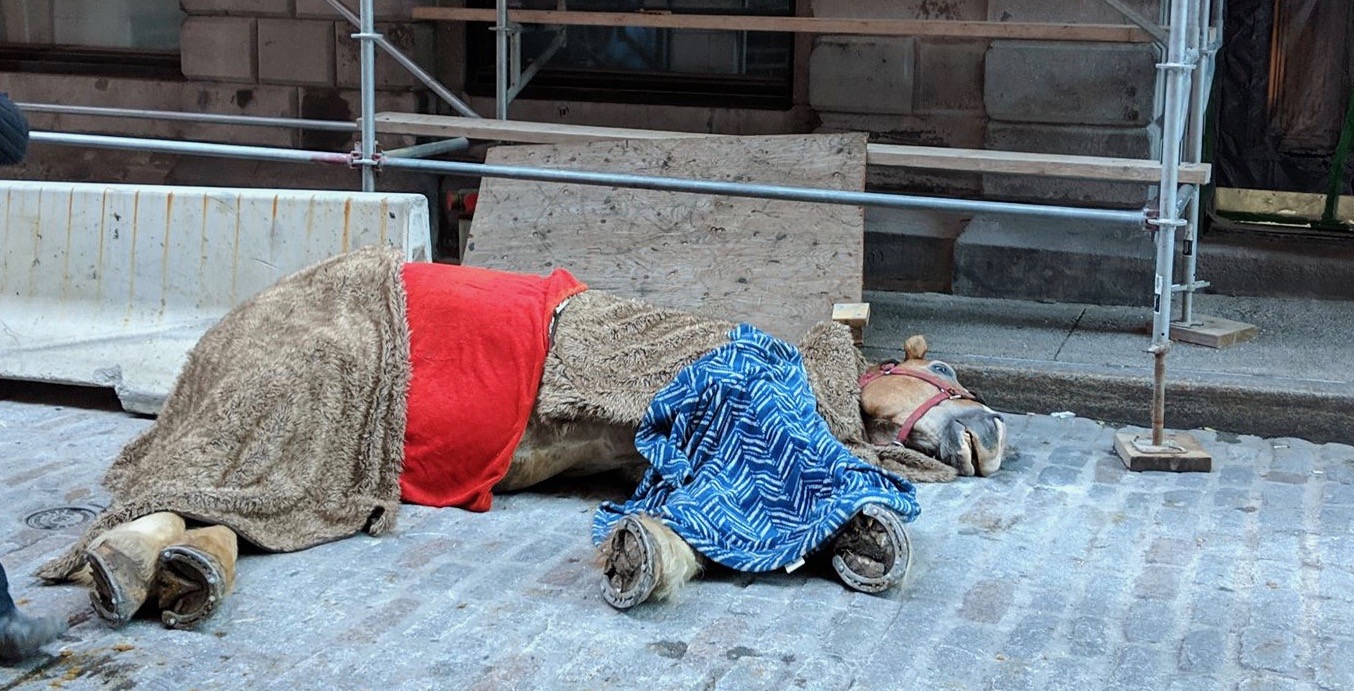 The Montreal SPCA is investigating after a calèche horse collapsed and died on a street in the Old Port on Sunday afternoon.

A photo of the animal lying on the ground on rue St-Jean at 3 pm was posted to the “Anti-calèche defense coalition” Facebook page.

According to the SPCA, two officers from its Investigations Division, arrived at the scene but the horse was already deceased. Given the fact that the SPCA does not have the power to apply provincial animal welfare legislation to horses, the SPCA contacted the Ministère de l’Agriculture, des Pêcheries et de l’Alimentation du Québec (MAPAQ), which took charge of the case under the Animal Welfare and Safety Act.

‘The Montreal SPCA has always been very concerned about the way carriage horses are treated in Montreal and is eager to see the City of Montreal’s long-awaited by-law prohibiting the use of horse-drawn carriages on its territory come into effect on December 31st, 2019,” says the website. “In the meantime, the SPCA is asking the City to ensure increased oversight of carriage horses.”