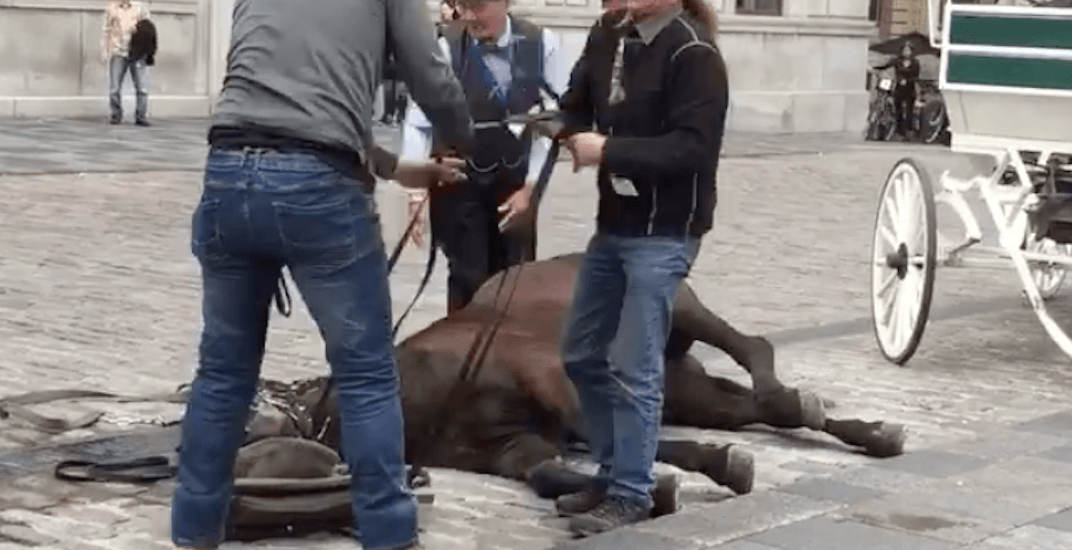 A video of a calèche horse collapsing in Old Montreal over the weekend is once again raising concern about the industry.

The video posted on Facebook by DiDi Le Poulet Newtown shows the distressed horse collapsed on the ground.

According to Newton, the horse was down for at least eight minutes and did not move. She also shared the video with Montreal Police.

The new rules, if passed, will include a change to the maximum temperature in which the animals are permitted to work, from the previous limit of 30 degrees to 28 degrees.

Drivers will also have to provide animals with ten-minute breaks between rides, and horses will need to be microchipped for better monitoring.

In addition, drivers will have to undergo customer service training and adhere to a dress code. There will be no change to the maximum time a horse can be hitched up, which would remain nine hours per day.

A number of incidents involving the horses have been cause for concern.

Last year a calèche horse was struck by a vehicle in Montreal’s Old Port. The year before, one slipped and fell in a construction zone. In May, a calèche horse fell in traffic in Quebec City due to dehydration, and another was spooked off the road, all in one afternoon.