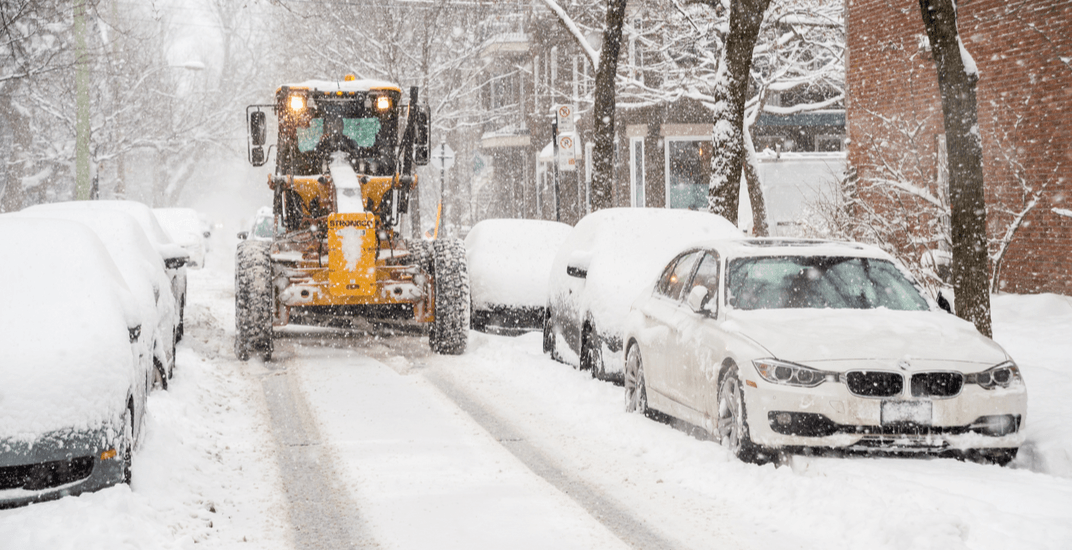 Now that Halloween’s over it’s headfirst into winter and snow removal for Montrealers.

We dealt with an exceptional winter during the 2017-18 campaign as a total of 238 centimetres fell on city territory, compared to the average of 190 centimetres, according to the Ville de Montreal.

A spokesperson for the Ville de Montreal has told Daily Hive, “the city will be better prepared for winter this year.”

The snow dump at the St-Michel quarry, for example, has increased its capacity and the city will be using drones to better pack and manage the snow at major dump sites.

The city also claims to have equipped boroughs with more salt and abrasives to de-ice the roads and sidewalks more frequently as well as an improved Info-Neige mobile app. The application connects to the city’s open data in real time and displays the status of snow loading operations. It allows users to provide feedback to city workers if a specific snow operation is carried out badly or if a road in front of a bus stop, hospital or school is icy or unfinished.

We’ll see you soon snow, hopefully not too soon, but we’ll be ready for you.