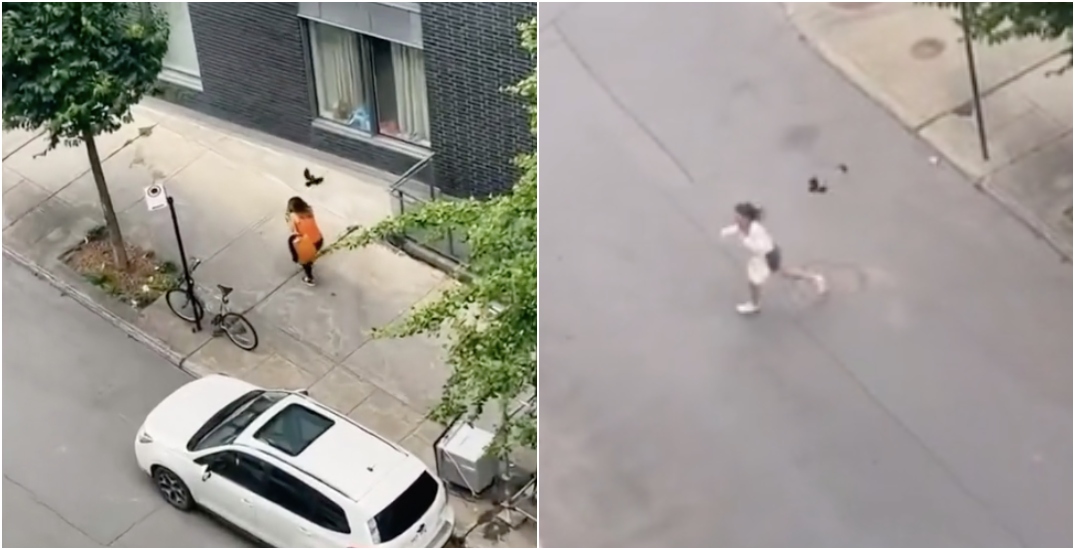 Some Montreal passerby stumbled into the rough part of town over the weekend: dive bird territory.

In a scene reminiscent of Alfred Hitchock’s 1963 film, The Birds, a trio of red-winged blackbirds were protecting Montreal foot traffic from its nest in an entertaining TikTok video.

And we say it’s entertaining because we’re enjoying a safe vantage point, similarly to TikToker Aya Chraïbi who shared the view from her apartment.

“Point of view: you’re working from home and getting the best entertainment,” reads Chraïbi’s in-video text.

Red-winged blackbirds generally dive bomb people because they’re defending their nests. The aggressive behaviour usually subsides after nesting season is over, according to Bird Studies Canada.

Speaking with Daily Hive, Bird Studies Canada says blackbirds fly up to people to “protect their own.” The national charitable organization recommends giving the birds some space and says they will leave you alone.

It’s simple as that, Montreal. Stay off their turf.