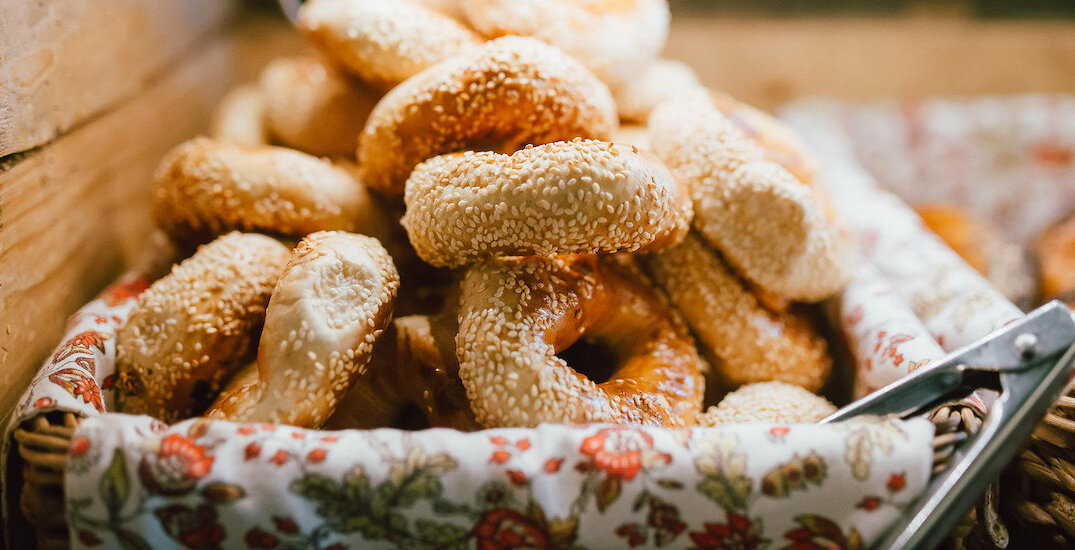 Bagels are a core part of our city’s history. They have stood by us through war, riots, referendums, and even an Olympics game.

Along with poutine and smoked meat, bagels are the culinary mascots of Montreal. They’re a go-to versatile food whether you’re looking for a quick bite or a full meal.

We all know St-Viateur Bagel as the darling of Montreal’s bagel scene, but there are other amazing places to get this freshly baked snack around the island. Here are 10 of the best bagel shops to satisfy your next carb craving.

You simply can’t talk about bagels in Montreal without mentioning Fairmount Bagel, the trendsetters of this bready food in the city. They opened the first bagel shop in Montreal in 1919, serving hand-rolled, wood-fire oven-baked bagels, and the rest is history.

Bagel St-Lo is nested in Verdun, and it’s one of the coolest places to get a healthy(ish) breakfast. They’re most renowned for their variety of eggs Benedict bagel sandwiches, but their lunch menu options are amazing too.

A more recent addition to Montreal’s extensive bagel shop catalogue, La Fabrique de Bagel, offers handmade bagels in a variety of fun flavours, like cinnamon-raisin and Montreal steak spices. They also make their own spreads with unusual ingredients like figs and bacon for those who like gourmet snacks.

With locations near the city’s major universities, Hinnawi Bros’ cheap and delicious bagel sandwiches have become a staple in a Montreal students’ diet. Try one of their pastries the next time you go in for your bagel and coffee fix.

You’ll find R.E.A.L Bagel Right off Décarie, this deli and it’s perfectly seasoned everything bagels are one of a kind. They’re open 24 hours outside of pandemic restraints, so you can get a fresh late-night snack.

After separating from the R.E.A.L. Bagel family in 1995, Irwin and Steve Dizgun reinvented their shop under the name of Dizz’s Bagel. They specialize in fun, creative bagel ideas; they’re the ones who introduced Canada’s original rainbow bagel.

Though it’s located off the island in Laval, Bagelmania is definitely worth checking out. They’re most well-known for their coconut bagel, a fun recipe that is sure to brighten up your day. They’re available on Uber Eats too!

Bagels on Greene have a wide selection of bagels made with various grains. They also serve Indian fusion meals and various essentials from their deli counter.

As soon as you walk into Nosherz, you know you’re in for a treat. You can find delicious Jewish foods and baked goods, from chocolate-drizzled bagels to fresh challahs.

Bagel sandwich and brunch enthusiasts alike will fall in love with District Bagel. Their menu comprises light and classy food choices, like their cream cheese and lox bagel. If you’re feeling extra, add a milkshake to your order!