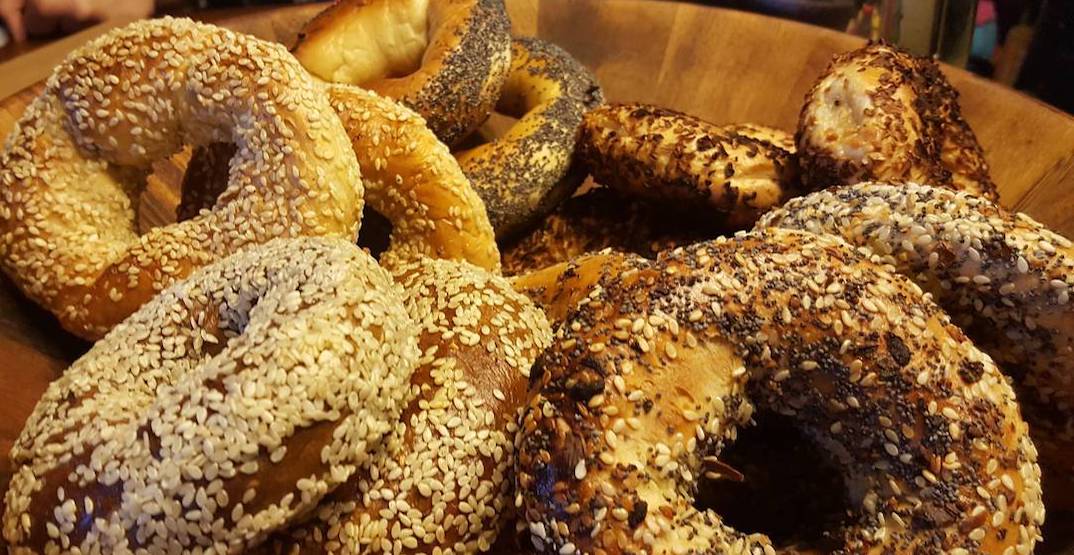 It really doesn’t need to come to this, but some people feel a debate is necessary in terms of whether Montreal or New York makes the better bagel.

Before we go any further, let’s get one thing straight — don’t mess with Montrealers and our bagels.

In honour of National Bagel Day yesterday, a debate broke out in the Twitterverse over where foodies can get the best bagel.

While the popular Montreal versus New York City debate raged on, New Jerseyans chimed in and tried to take claim as the best bagel city.

Stay out of this New Jersey, grown-ups are talking.

From variety, ingredients, texture, size, taste, and toppings, Montreal and New York have vast differences when it comes to the bread product. Montreal favours the sweet and doughy variety while New York bagels are softer and chewier.

But come on, are they hand-rolled and traditionally oven-baked? Plus, New York tends to cut them before serving, that’s sacrilege.

Here’s how Montreal bagel enthusiasts stood up for the city’s trademark eats.

Therefore, I’d like to declare that Montreal-style bagels are the truest form of bagel, with New York-style bagels being a reasonable alternative.

Every other “bagel” in North America is just a roll with a hole in the middle. pic.twitter.com/yIQT3SFlCQ

Every Montreal bagel is implanted with a chip that plays a single Leonard Cohen song. The fun is never knowing which singing bagel you will receive.

Sorry—nope. Montreal bagel is a bagel; New York bagel is a loaf of bread.

Also, may the bagel debate rage. I’ll take mine from Fairmount in Montréal, please, over any other on earth.

Clearly this man has never had a Montréal bagel. https://t.co/nKNJS9eG2d

The only reason to eat a New York style bagel is that you don’t have access to Montreal bagels.

Bagels are trending. It’s bagel day. The best bagels are in Montreal. End of tweet

We may not agree on the NY vs Montreal bagel competition, but can we all just agree that this is insane: pic.twitter.com/nSr2cuJEfW

For the record, the best way to eat a bagel in New York is to get one from Montreal.

Montréal bagels are obviously superior and I refuse to believe that the weird « slice your bagel like a loaf of bread » thing is real. Those are obviously doctored photos to enrage bagel consumers.

As a lifelong New Yorker, I can honestly say that Montreal has the better bagel.

Everybody knows this is wrong. So wrong. So sad you think NYC even has a signature bagel. What you have, sir, is round bread. Come visit Montreal. We can teach you. https://t.co/WGaNASo6tN

The bagel is a signature product of Montreal. No other bagel comes close. This is a fact and NYC is a city great enough to acknowledge this. https://t.co/IiJr97qpUP

Now that the little debacle is settled, who’s hungry?