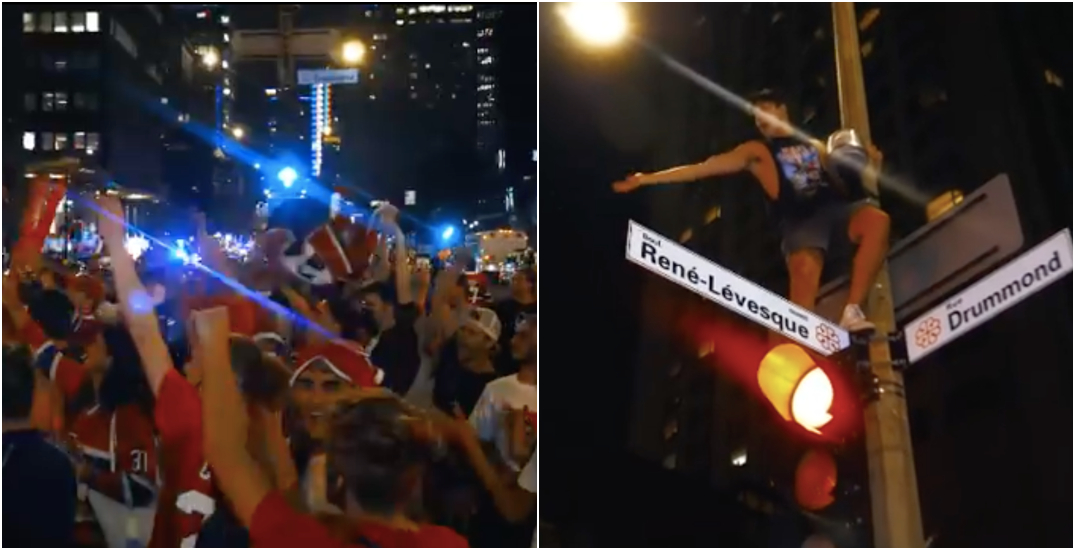 If you weren’t on the ground (or on street signs) at the Bell Centre last night, a local filmmaker has put together a montage of what the post-game celebration after Game 4 was like.

The Montreal Canadiens staved off elimination on Monday night, downing the Tampa Bay Lightning 3-2 in overtime, forcing a Game 5 in Florida on Wednesday.

With his overtime goal, Josh Anderson sent the outdoor Bell Centre crowd into a well-deserved frenzy and filmmaker Shawn Partenza was on-site to catch all of the action.

In a conversation with Daily Hive, the 21-year-old Montrealer says he’s been doing filmography for three years now and says the atmosphere on the ground outside the Bell Centre was wild.

Using drone shots and footage from all across Boulevard Rene-Levesque during the post-game, Partenza used the song “Dreaming” by Pop Smoke to really set the mood for last night’s celebrations.

From fireworks, waves of people, and the police, here’s what the bigtime celebration looked like after Game 4’s overtime win.

Until then, here’s how Montreal’s latest celebration looked.