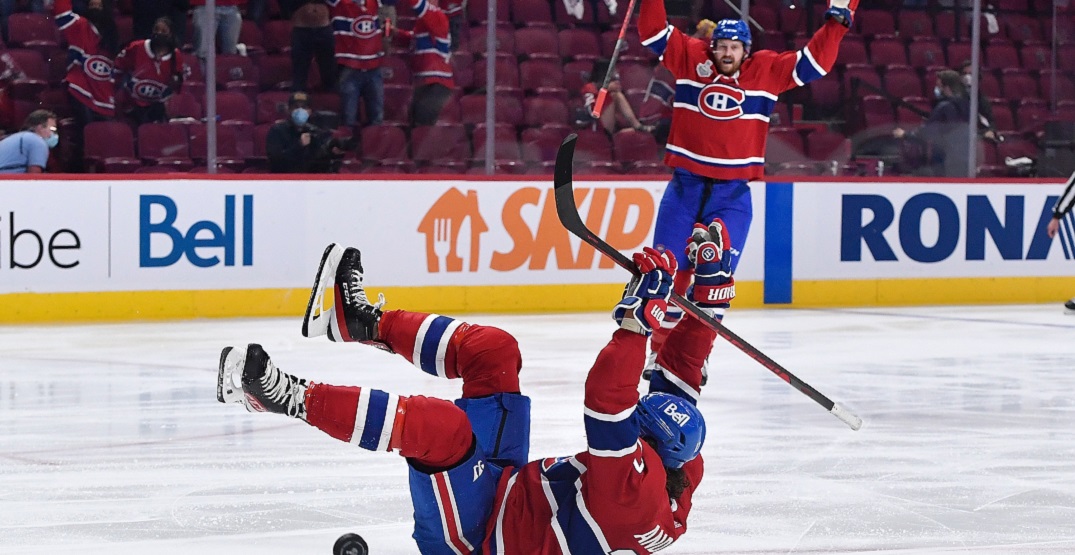 Just 3:57 into overtime of last night’s Game 4 against the Tampa Bay Lightning, Anderson scored his second goal of the night to give the Canadiens their first win of the series, keeping Montreal’s season alive.

The Canadiens are still in a hole, down 3-1 to one of the NHL’s strongest rosters and defending champions.

But Anderson says that the Habs are ready to compete in the remainder of the series and were going into last night’s game with full confidence they’d be able to pick up the win and return to Florida for Wednesday night’s Game 5.

“We didn’t want to end it tonight in front of our fans,” Anderson said at the post-game press conference. “We expected to go to Tampa. I think everybody in that locker room packed their bags this afternoon.”

“We just had that feeling that we were going to win tonight and give ourselves a chance to go there, take care of business, and come home in front of our fans,” Anderson added. “We’re in a good position now.”

Montreal headed into overtime needing to kill off about three minutes of a double-minor penalty taken by Shea Weber with 61 seconds in regulation. Anderson says the team kept up their energy through the intermission, though.

“We weren’t down,” Anderson said. “It was all positive things in the room. We just had to execute. I thought we did a phenomenal job. Carey was a wall tonight. He gave us that chance to finish it in overtime. Everyone stuck together and did their jobs.”

“We understood the hole we were in,” Gallagher said. “We talked about it. Find a way to win one game here, really simplify your mindset, and Andy stepped up and scored a couple of big goals for us. It’s going to be the same thing next game. We’ll put this one behind us as soon as we leave the rink here and come with that same mentality, win one hockey game.

“We’re proud of what we accomplished tonight, but we don’t want to just avoid seeing the Lightning players holding the Stanley Cup,” he said. “We have no intention of stopping now.”