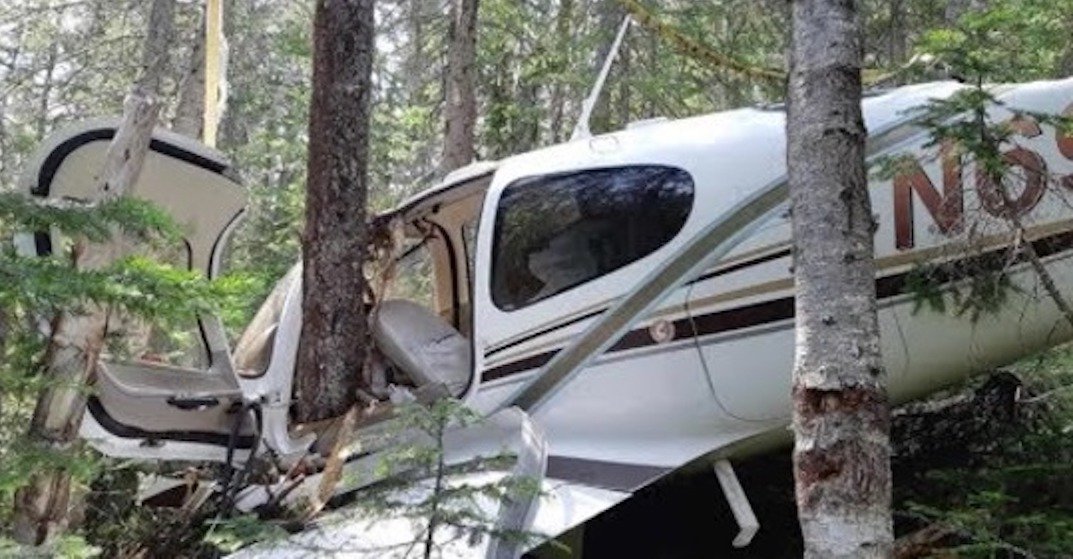 An American pilot documented the aftermath of a plane crash in the Quebec wilderness and shared it across his social media channels.

Matthew Lehtinen was flying over Quebec on July 27 when his Cirrus-SR22 plane crashed after it “blew oil and lost a lot of pressure.”

The pilot says he was able to pull the plane’s built-in parachute — also called the Cirrus Airframe Parachute System or CAPS — when his plane started to go down mid-flight.

The video shows Lehtinen documenting his post-crash experience “so people can learn from this experience and something good comes out of it.”

The pilot films himself starting a fire and using his “SOS phone” to call for help.

At the end of the video, members of the Royal Canadian Air Force show up and transport the pilot to safety.

Lehtinen posted the video to Facebook with the caption, “this video is dedicated to the brave service members of the Royal Canadian Air Force, Royal Canadian Mounted Police, NAV CANADA, and the Gouvernement du Québec and Ville de Sept-Îles search and rescue and law enforcement. You saved my life.”

The video has garnered over 159,000 views since being uploaded to YouTube on Friday.

Over the weekend, Lehtinen posted a picture of himself and his family aboard a flight to Montreal with another picture of him atop Mont Royal with the caption “So thankful to be with my family.”