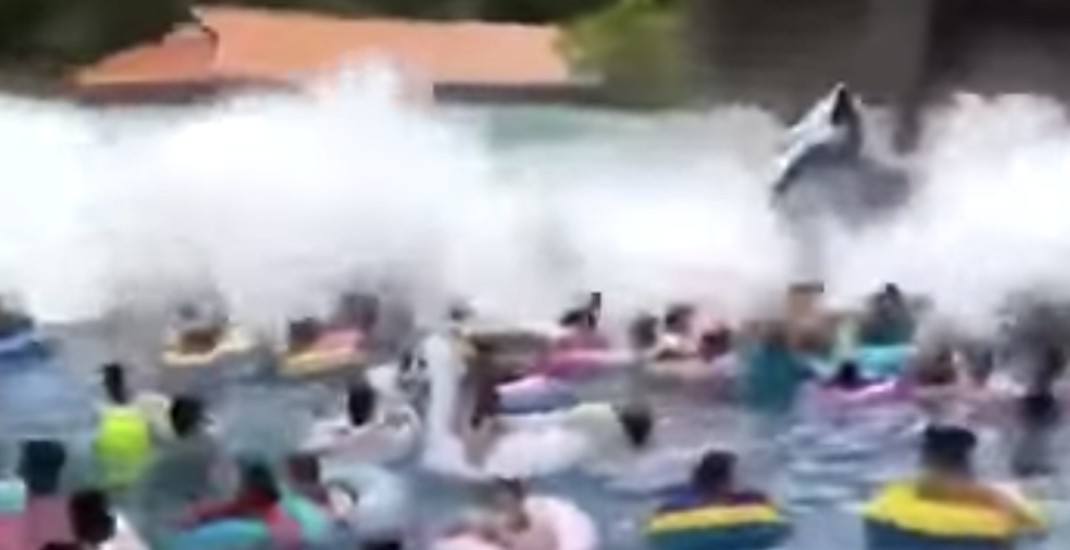 Dozens of tourists were injured after a freak accident occurred creating a “tsunami” effect at a wave-pool in China.

According to the South China Morning Post, 44 tourists were hurt at the Yulong Shuiyun Water Amusement Park in Longjing — near the North Korean border — after a mechanical glitch resulted in huge “tsunami” waves.

Five people are being treated for various injuries including fractured ribs.

The SCMP says a notice posted by the Longjing city government on Chinese microblogging site, Weibo, indicated that the victims remain in stable condition.

The city government says the incident was caused by a “power cut that damaged electronic equipment in the tsunami pool control room.”

This “led to the waves in the tsunami pool becoming too big and injuring people.”

Following the incident, the park closed down the wave pool in order for a full investigation to take place.