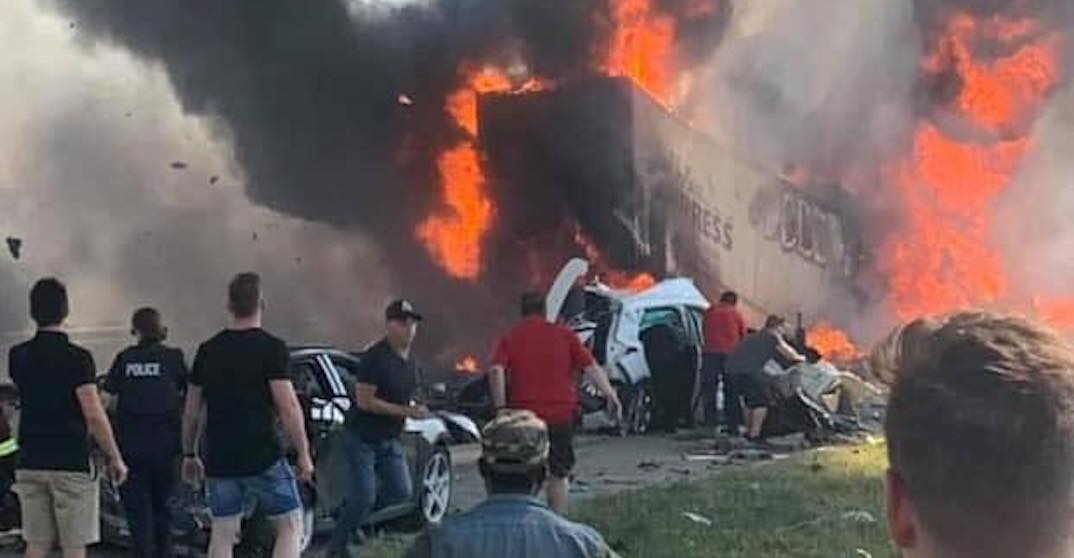 A major crash involving two trucks and seven vehicles has resulted in four deaths and twelve injuries on Highway 440 West in Laval.

A dozen people were transported to hospital where three of them are fighting for their lives, according to police.

The vehicles “burst into flames” following the collision, which occurred jut after 3:40 pm on Monday afternoon, according to the Sûreté du Québec.

Police say a small car collided with a semi-trailer truck that then hit a second truck, resulting in a six-vehicle pileup.

One of the trucks, carrying about 10 propane tanks, ignited after the collision.

Highway 440 and its service road were closed down for a 4 km stretch until 5 am Tuesday morning.

Collision scene specialists spent the night investigating the evidence and the SQ is seeking the public’s help to determine the cause of the fatal collision.

Police have yet to comment on which vehicles were carrying the victims who were killed.

L’heure juste du camionneur, a Facebook page calling themselves “the voice of Quebec truckers,” posted photos of the major crash online and a 35-minute video of the smokey aftermath was posted to YouTube. 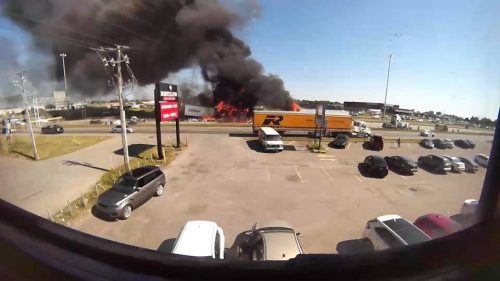 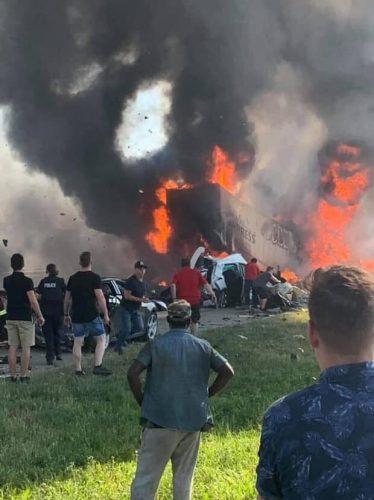 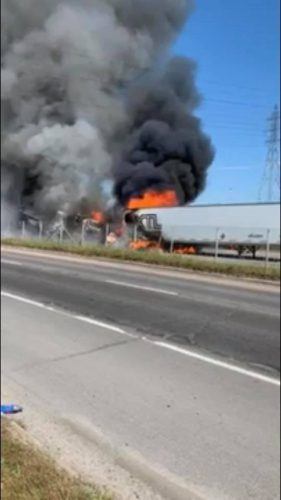