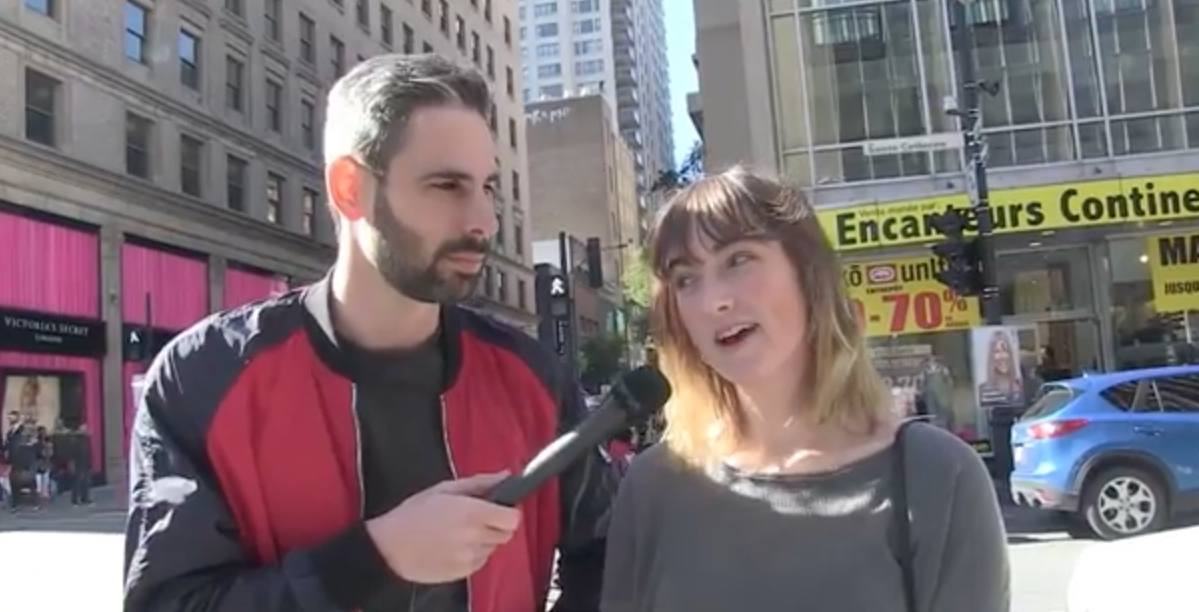 In light of the CAQ’s leader François Legault lobbying for a French and values test to keep immigrants out of the province, Montreal comedian Adam Susser took to the streets of downtown to give citizens his own test.

“I decided to create my own Quebec Values Test and kick out anyone who doesn’t pass it. Because, if some ex-accountant can decide who’s worthy of staying in Quebec, why can’t I?” says the 34-year-old funny man.

In a segment called ‘This is Serious‘ with Adam Susser, the comedian hosts a hilarious video in which he tests Montrealers, both anglophones and francophones, on their French language knowledge before deeming if they’re worthy of staying in Quebec or not.

In the video, the West Island native grills locals on how to introduce themselves properly in the province, the correct term for Quebec’s convenience stores and proper etiquette of our famous ‘double-kiss’.

While flexing his own bilingual skills, the video gets better and better every time you watch it: