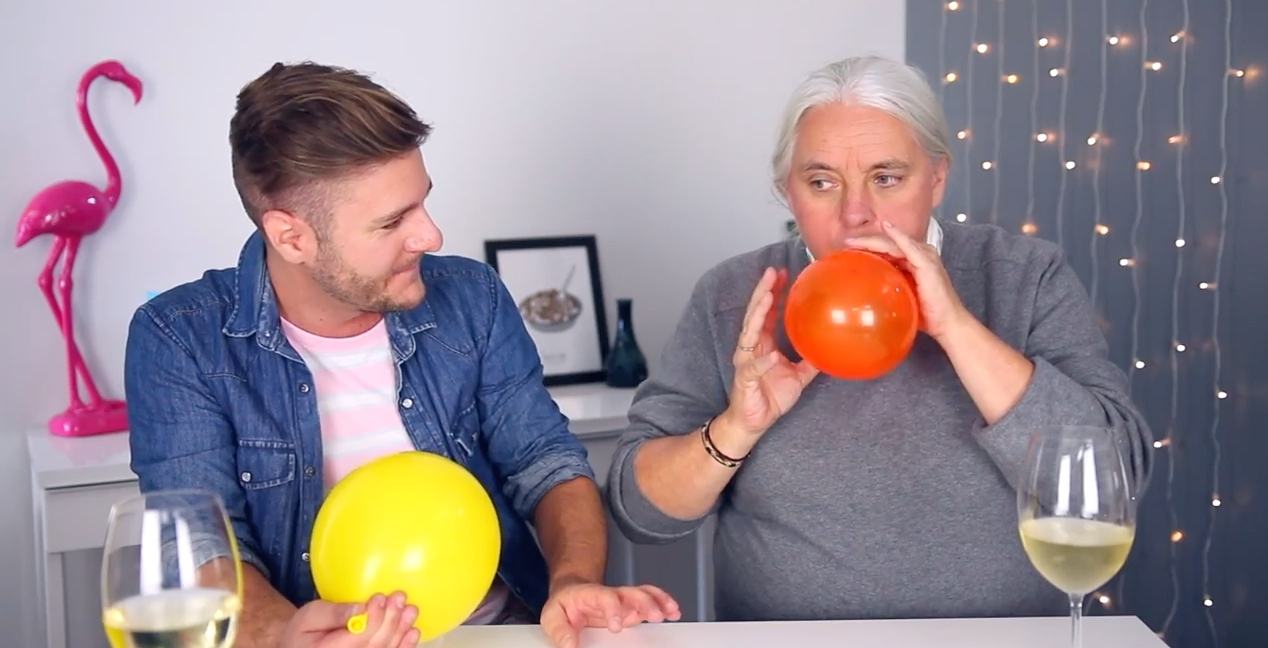 Manon Massé and Québec Solidaire got a high dose of octaves as the QS spokeswoman took to the internet to discuss politics with YouTuber PL Cloutier, after inhaling helium.

The French video has already garnered more than 45,000 views since being uploaded on September 24.

In the 15 minute video, Cloutier and Massé use a helium tank to fill up balloons and cover pressing issues for the upcoming provincial election.

After taking hits from her party’s orange coloured balloons (and a few sips of wine), Massé answers Cloutier’s questions about minimum wage, the transit system, and the environment.

In the video, Cloutier admits that Massé was the only party representative in Quebec to accept his zany invitation.

The Quebec-native has over 300,000 subscribers to his YouTube channel which will certainly give the squeaky Massé and her Québec Solidaire party a little more exposure.