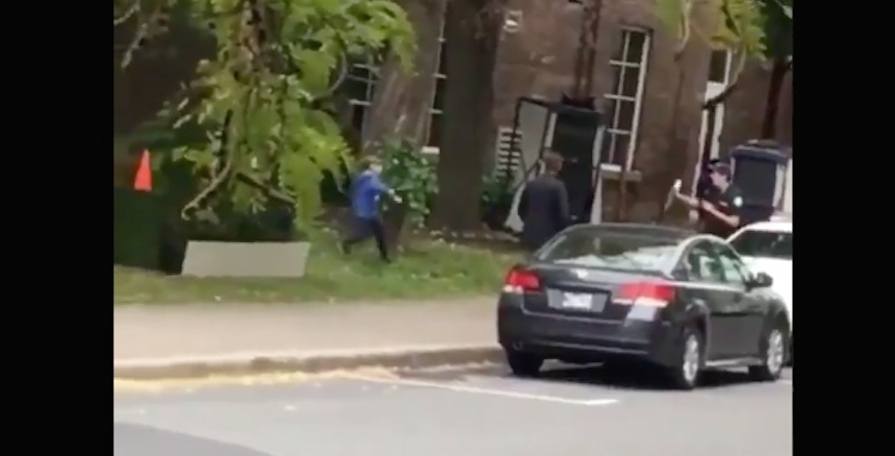 Oh boy, the Internet is gold when it comes to capturing hilarious moments.

A video was posted to Twitter on Thursday that shows a trio of kids throwing stuff at a Quebec police officer who appeared to be in the process of handing out a ticket.

Thanks to Twitter user @bigboyalive, posted from Sherbrooke Quebec, the video has already gobbled up over 12 thousand views and you can see why, it’s perfect.

Hope is on the way ladies and gentlemen #ACAB #MTL #Montreal #notacab pic.twitter.com/cAvRKzn88M

A young kid in blue starts the attack by throwing an unidentified object before he’s joined by his backup in the hilarious onslaught.

The kid’s celebration at the end is priceless, and while Daily Hive doesn’t support assaulting a police officer, we certainly wish these vigilantes had been there last time we doubled-parked.

The Quebec Police were contacted for comment, though they did not respond by time of publication.