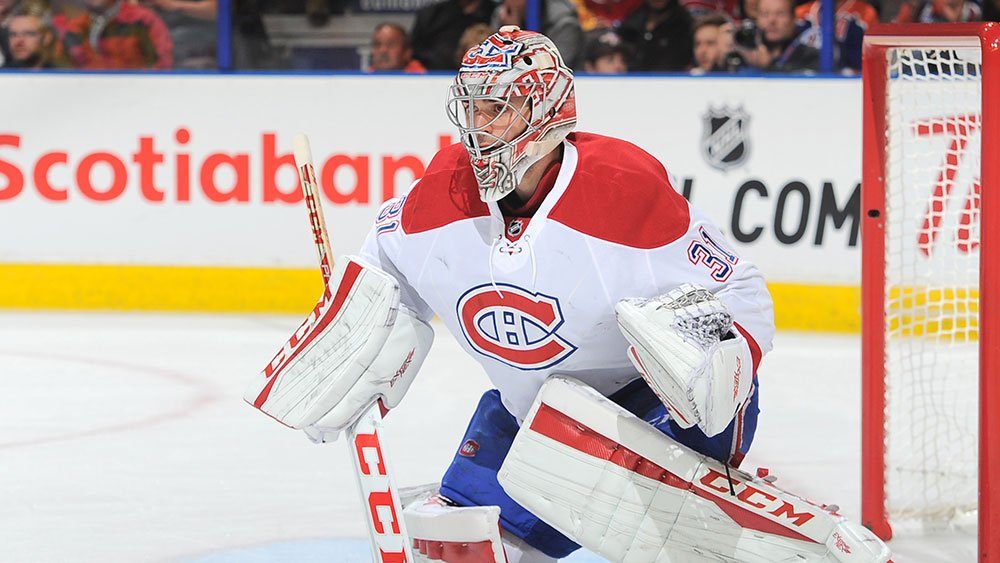 When the Montreal Canadiens begin their season on Thursdsay night against the Buffalo Sabres, they’ll hope to avoid the injury bug a bit more than they did last season.

Injuries to key players led to the Canadiens missing the playoffs last year for the first time since 2012. With a mostly-healthy team heading into 2016-17 (knock on wood), the Habs will hope they can stay that way, and reestablish themselves as one of the top teams in the East.

The Canadiens’ roster this season has a few new faces, but the forward core remains the same. Max Pacioretty, Brendan Gallagher, Thomas Plekanec, and Alex Galchenyuk will be relied on to do the heavy lifting offensively, but a few new offseason additions should take a bit of the weight off.

Here’s what the Habs’ forward group will look like opening night:

The offseason signing of Alex Radulov is a major improvement from Alex Semin, who occupied that second line RW slot at the start of last season. Some may be skeptical of the Russian, but Radulov appears mature enough both skill and attitude-wise to make this NHL stint a successful one.

Arturri Lehkonen is the other new face in the top-six. He replaces Lars Eller, who was traded to the Washington Capitals at the draft. Lehkonen has been turning heads in preseason with his impressive puck skills and shot release, and should be an adequate, if not superior replacement for Eller.

On the third line, Dale Weise has been replaced by the grittier Andrew Shaw, who should be an improvement at both ends of the ice. 24-year-old Daniel Carr will start on the third line after scoring nine points in 23 games at the end of last season. Those two have already found some chemistry together.

#Habs combo of Daniel Carr and Andrew Shaw won't be a lot of fun to play against for opposing defencemen in front of their own net.

Defensively, the Canadiens have the same three guys on the left side, but the Shea Weber for P.K. Subban trade will certainly have a major impact on the team’s blueline.

The Habs defensive pairings for the season will look like this:

Jeff Petry is injured to start the season, but doesn’t look to be out too long. Until he returns, it’ll be Greg Pateryn stepping into the top-four, opening a spot for 2016 first-round pick Mikhail Sergachev to start the season. Sergachev is a left-handed shot, but spent most of last season in Junior on the right side and doesn’t seem to mind which side he plays.

Nathan Beaulieu will take on an increased role, presumably taking on big minutes on a pair with Weber. This not only helps the 23-year-old’s development by giving him more ice time, but it helps prevent the aging Andrei Markov from playing too many tough minutes.

Sergachev will be a player to watch in the first few games. It’s still undecided if he will stay with the Habs beyond the first nine games, which would burn a year off his entry-level contract.

If you would have told me a year ago that Mikhail Sergachev would make the Habs opening night roster I would have said "Who?"

Of course, between the pipes is the most important player on the team, Carey Price. Price’s lower-body injury last season was what started the Habs’ spiral down the standings. With Mike Condon and Ben Scrivens in the goal, the Canadiens’ weaknesses were exposed like never before. Losing the best goalie in the world will do that to you.

Price is back now though, and if the World Cup of Hockey taught us anything, it’s that he’s truly back to peak form. His .957 save percentage led all goalies in the tournament, and he helped Canada stay in the final game against Team Europe until they finally found their offence.

Al Montoya is an addition that’s flown under the radar, but he’s a very solid backup that should allow for Price to get some extra rest if he needs it down the stretch. Last season with the Florida Panthers, Montoya went 12-7-2 with a .919 SV%, quite impressive for a backup.

The Canadiens finished 38-38-6 last season, despite having some of the worst luck with injuries. They played a majority of the season without Price, and also were without Gallagher, Subban, and Petry for parts of the season.

Just having a healthy Price alone should be enough for the Habs to get back into the playoffs, but the improvements to the forward group (namely Radulov) should help them challenge Florida and Tampa Bay for the Atlantic Division title.