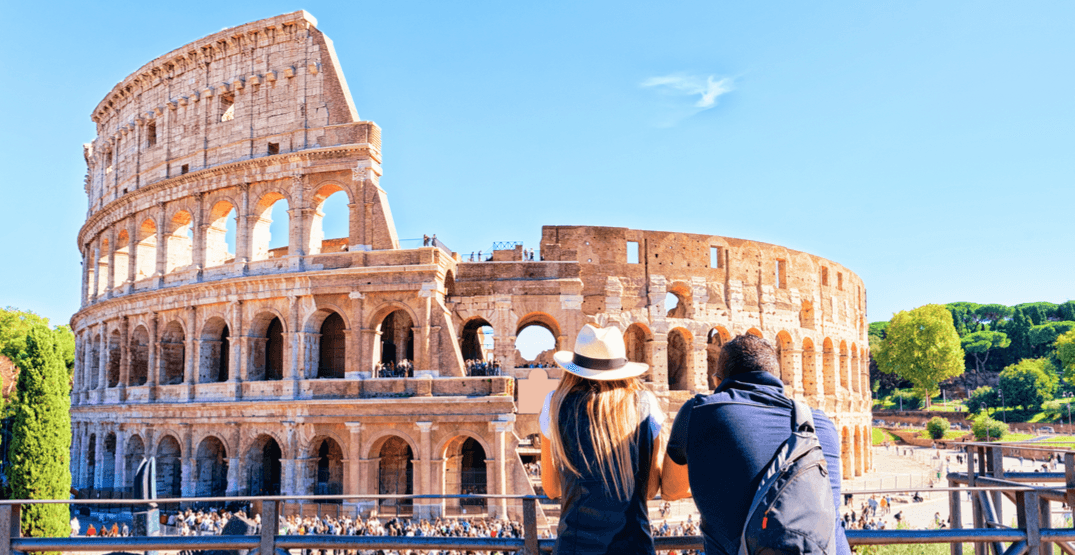 International travel has never been more accessible. Records show that the past few years have been smashing records for global tourism. But with more people travelling the world than ever before, where do they flock to?

TripAdvisor has the answer. Based on data collected from their site, they calculated the top ten tourist attractions of 2018.

Can you guess what they are?

We bet you can.

Are they teeming with tourists?

Are they worth seeing anyway?

We’re gonna go out on a limb and say probably.

Thick tourist crowds have a special way of making attractions seem like a waste of time. Many of the world’s wonders get branded as tourist traps (we’ve even rounded up this list of 12 overrated tourist magnets you can definitely live without).

That said, we’d like to remind you why TripAdvisor’s Top 10 might be worth braving the crowds. More importantly, we’re here to suggest how you can get the most from your (let’s face it) uber touristy experience.

Venice’s largest canal has become a main thoroughfare for tourists and selfie-snappers alike. Before you groan, take a moment to consider how the Grand Canal serves as a window into the past. Many of its precariously teetering buildings were built between the 13th and 18th century. Not to mention, scientists believe the canal is the only remaining trace of an ancient river that has since been submerged beneath the Venetian lagoon.

Despite complaints of overcrowding and polluted water, this floating city remains one of a kind. To get the most out of Venice, visit during low season (November to February). While little yellow signs will guide you through Venice’s maze of alleyways and dead-ends, we suggest wandering off the tourist track. If you’re willing to take the long way ‘round, you’ll find hidden courtyards and secret passageways that haven’t lost their charm.

Otherwise, embrace the crowds and join in on the incredible masquerade festival of Carnevale that kicks off each spring.

The Palace of Versailles attracts over three million visitors per year, many of them day-trippers from Paris. However, with some 700 decorated rooms, the royal palace offers a unique taste of true French opulence. While being shepherded from gold-painted room to gold-painted room isn’t everyone’s cup of tea, Versailles does offer the rare opportunity to see an abode so decadent that it sparked a revolution.

Start by aiming for low season (November to late March) when admission to the gardens is free. We also recommend picking a fair-weather day and wearing comfortable walking shoes to enhance your garden stroll, which is a must-see considering one-third of the massive construction budget was spent on fountains.

A post shared by Stonehenge Official (@stonehengeofficial) on Mar 8, 2019 at 7:48am PST

Sure, Stonehenge is ultimately a big pile of rocks beside a highway. And yes, visitors are restrained to a narrow path that encircles the entire monument, which makes snapping a decent photo somewhat challenging. The rocks may not be quite as big as you imagined either.

That said, Stonehenge remains the most sophisticated prehistoric stone circle. It is quite remarkable to watch the sun sink behind it and consider the role it played in our ancestors’ beliefs. For a unique experience, consider special sunset and solstice tours or private tours inside the stone circle, available on the official Stonehenge website.

Be sure to take advantage of the visitor centre’s complimentary Wi-Fi to download the free Stonehenge Audio Tour and don’t forget to stuff a rain poncho in your day bag. Being prepared for classic English weather will save you from soggy misery. This tour also pairs well with pub-hopping and sampling London’s best.

Okay, so the Golden Gate lost its status as the world’s longest bridge. Even so, it remains an iconic symbol of an architectural feat.

Although it’s a logical place to stop for a photo, you can probably skip the roadside viewpoints directly on either side of the bridge. Instead, we suggest stepping back and take a wider view of the bridge and its stunning surroundings.

Some great viewpoints can be found at Hawk Hill or the quieter Kirby Cove. The coastal side of Presidio also offers great views, particularly Marshall beach with its dramatic rock formations. To appreciate the bridge’s scale, take a walk to Fort Point during low tide, or take a picnic to Crissy Field, where the absence of streetlights makes for stunning sunset and nighttime photographs.

If you visit during peak season (AKA summertime), the best time to marvel at the Golden Gate is early in the morning. This will not only allow you to beat the crowds, but a misty blue hour will make for some epic snapshots. It will also leave you with ample time for the many other fun things to do in San Francisco.

Approximately 4.5 million people visit this semi-constructed church each year. And yes, it’s still under construction — but don’t wait around. The Sagrada Familia has been a work-in-progress since 1882 and will not be completed until 2026.

Keep in mind that in an effort to control crowds, a limited number of tickets are available each day with pre-assigned entry times. Avoid extra-long queues or the risk of tickets selling out by purchasing ahead on the official Sagrada Familia website.

To better appreciate this architectural marvel, don’t miss the small museum in the church’s basement. Also, be sure to check out the other Gaudi works scattered throughout Barcelona and refuel with tapas.

Okay, so this wrought-iron monument isn’t exactly a stunner when you examine it up close. Its near-700 steps or hour-long elevator cues aren’t too enticing either. Since everyone seems to reserve tickets in advance, that’s no longer that much of a shortcut either.

We suggest enjoying this iconic landmark the Parisian way — by stepping away from the tourist crowds. Grab a baguette and bottle of wine at the closest Carrefour and take a picnic to the far end of Champ de Mars or a cozy spot along the Seine. This is the best way to watch the Eiffel Tower become a silhouette and sparkle its way into the night in peace. And this is when the magic really happens.

For over two centuries, the Musée du Louvre has housed some of the world’s finest works of art. Home to the Mona Lisa, it is one of the most popular attractions in Paris.

Skip lines by booking online ahead of time, or try the lesser-frequented Louvre mall ticket office on Rue de Rivoli. To make the most of your day at the Louvre, be sure to have a coffee and proper meal before you enter. Make sure to visit other exhibitions as these are likely to be less busy and just as impressive.

Once your Louvre experience is over, duck out into the Tuileries gardens or traipse over to the Pont des Arts where you can treat yourself to a Seine-side beverage and take in the work of art that is Paris.

For the crème de la crème of all things to do in Paris, read this.

Seeing this American icon is a bucket list experience on any New York City itinerary. Buying tickets in advance on their website, aiming for the earliest ferry, taking advantage of a free tour, and packing a picnic to avoid queuing for subpar hot dogs can also enhance your visit.

If climbing 363 steps into Lady Liberty’s crown (which is really just a room-sized oven come summertime) doesn’t sound like ‘freedom,’ there are a few alternatives. We suggest going for a free ride on the Staten Island Ferry instead. You’ll get unobstructed views from a variety of angles as you sail by. Plus, you’ll get to escape the concrete jungle for a little open sky and fresh air.

Once you’ve had a peek, get back to checking off our list of epic things to do in NYC.

The Vatican Museums draw visitors from all corners of the globe, including religious pilgrims, fans of Michaelangelo, and people who want to visit the world’s smallest country to boost their count. That said, it is one of the most-visited attractions in the world so you know it’s gonna be crowded.

Don’t forget to dress appropriately to ensure entry and pay attention to ‘no photos’ signage or you just might find yourself being escorted out of the Sistine Chapel by a man in full Renaissance regalia (please learn from our mistakes). Also note that the Vatican Museums are closed on Sundays whilst many other museums are closed on Mondays, sending major foot traffic to Vatican City.

For a memorable Vatican experience, tour the 800 meter-long Passetto di Borgo. This secret passageway between St. Peter’s Basilica and Castle Sant’Angelo functioned as an escape route for Popes in danger and is a must-see for any Dan Brown fans out there.

When in Rome and visiting the world’s top tourist attraction, there’s little chance of avoiding big crowds — even in during shoulder season, which runs from mid-November to March. Since the Colosseum is almost always busy, we believe a shift in perspective is one of the best ways to enjoy this top-rated attraction.

Put it this way: The more packed the Colosseum is, the closer you are to experiencing what it was like during its prime. The Colosseum was designed to seat over 50,000 spectators, who clamoured, cheered, and jeered for various spectacles in the ring. Remember that while other ancient arenas exist around the world, none hold as much significance as Rome’s Colosseum.

Wrap up your day of sightseeing and meander onward to Rome’s quaint neighbourhoods, like the cobblestoned Trastevere, and recharge with an aperitivo. In the Italian version of happy hour (usually 7 – 9 pm), a complimentary tapas buffet often accompanies discounted drinks.

Want to share your travel tips and experiences here on Mapped? Email your ideas to [email protected].