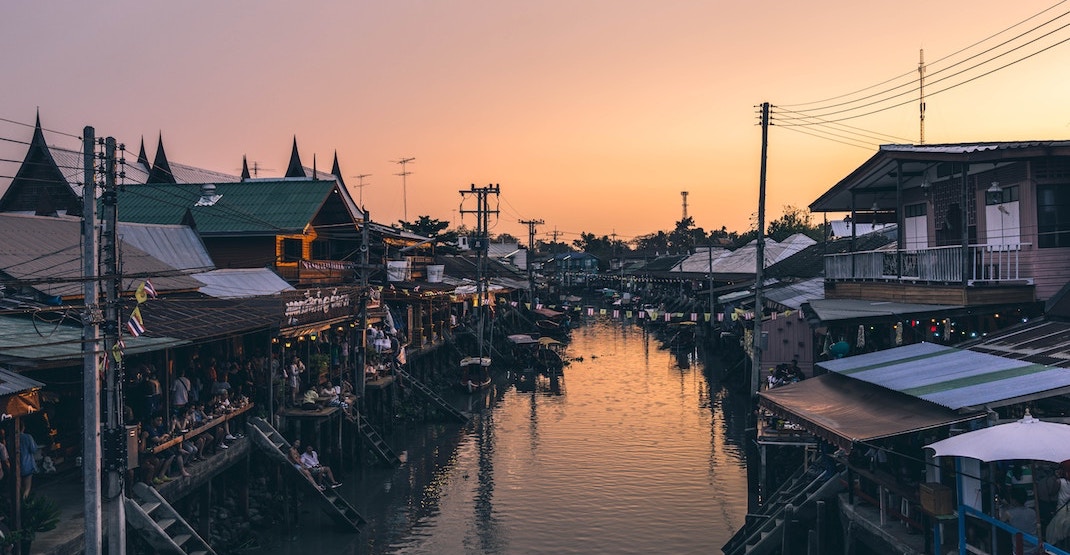 Let’s face it, we know that attractions like the Colosseum and Louvre attract swarms of tourists. On top of that, there’s the obstacle course mission of dodging souvenir vendors and queuing for tickets.

Although things like crowds and queues impact visitor experiences, many of the sights we are quick to call ‘tourist traps’ can end up being worth it.

That said, the world does have its share of overhyped tourist attractions. Over the years, these destinations have risen to international fame and become hyper-popular icons of their home country, despite a tendency to underwhelm.

So which global attractions are the biggest culprits of not being worth the hype?

For those of you who aren’t fluent in Dutch, Manneken Pis means “peeing boy”. Not surprisingly, this Belgian landmark is a small bronze sculpture of a nude boy urinating into a fountain basin. The statue’s mysterious origins and the fact that it’s been stolen and recovered several times have added to its fame, but is it really that appealing? At the end of the day, it’s a 61 cm tall statue of a peeing boy.

Edvard Eriksen’s bronze sculpture is one of Denmark’s top attractions. Perched on a rock along the Langelinie promenade, it depicts a mermaid turning into a human. Though twice the size of Manneken Pis, the four-foot Mermaid isn’t exactly impressive.

On the topic of surprisingly small things, let’s talk about the Mona Lisa. There’s no doubt that Da Vinci’s masterpiece is both mysterious and fascinating. What is disappointing are the cordoning line, thick protective glass, and even thicker crowds that challenge your unobstructed view. Good luck testing whether her gaze really tracks you across the room. You’d think that after two centuries, the Louvre would have thought of a better system by now…

At least it’s not the only treasure in the museum, which is the size of a city block and displays over 35,000 works at any given time.

Roughly 300,000 people visit the Blarney Stone each year, according to the Irish Examiner. While climbing the Blarney Castle tower and kissing the legendary stone may endow you with great eloquence known as the “gift of the gab,” do you really want to pucker up to a rock with the germs of 30,000 tourists? There are even rumours the local teens may do a “manneken pis” of their own to it.

The BBC reports that 2017 has been a record year for “official” sightings of the Loch Ness monster. Should you book a trip across the pond for a chance encounter? Probably not. The only things you’re guaranteed to see in Loch Ness are tacky gift shops and a great blue abyss otherwise known as a lake. If you’re set on monster hunting, consider the Ogopogo in the Okanagan instead.

While this architectural folly is amusing, there are countless other Italian treasures to feast your eyes on. And do you really need one of those photos? They don’t exactly scream ‘swipe right.’

A floating market may sound like a rather enchanting way to take in Bangkok’s colourful sights. You will certainly find marketplace bustle, wooden boats, and loads of produce but also be prepared for an overload of fellow tourists and cheap trinkets.

Visitors should keep in mind that there are several floating markets in Bangkok and that some (including Damnoen Saduak and Amphawa) have become more of a tourist magnet than a window into local culture.

We would also love to visit Middle Earth but bear in mind that a trip to Hobbiton involves a guided film set tour that runs about two hours long and costs $84 New Zealand dollars. While there are many exterior details to take in, all of the interior shots were filmed at a studio in Wellington, leaving all the hobbit holes unfurnished. Unless you’re a die-hard fan or seeking a glimpse behind-the-scenes, our advice is to explore the enormous film set that is New Zealand instead.

Straddling the equator at the Mital Del Mundo monument would be pretty cool if it was actually on the equator. Unfortunately, GPS readings have since proven that the original 1736 magnetic measurements were slightly off.

We just wanted to point this out so you don’t go all the way to Mital Del Mundo without setting foot on the real equatorial line, located closer to the Intiñan Solar Museum some 250 meters away.

Unless bumbling your way through a thick crowd of people gawking at imprints in the ground is your thing, don’t go out of your way to see Hollywood. The Walk of Fame is in a tacky, somewhat dodgy part of Los Angeles that locals and celebs generally avoid. To get a true sense of the city, discover what other LA neighbourhoods have to offer instead.

Whether you’re on top of the Eiffel Tower, Empire State Building, or Statue of Liberty, you are bound to experience the same viewing deck conundrum — not seeing the incredible architectural feat you’re currently standing on.

Skip those pricey viewing decks and find an alternative vantage point instead. In Paris, pop a bottle of wine on the Champ de Mars. In New York, see Lady Liberty aboard the Staten Island Ferry. Soak up the Manhattan skyline on foot or atop one of the many rooftop bars with all of NYC’s landmarks in view.

This one makes the list because it is still wrapped up in scaffolding. Renovations are set to continue until 2021, just in time for the new ETIAS authorization to kick in. Until the project is complete, you might want to turn to other attractions in London or make do with Gastown’s little steam clock instead.