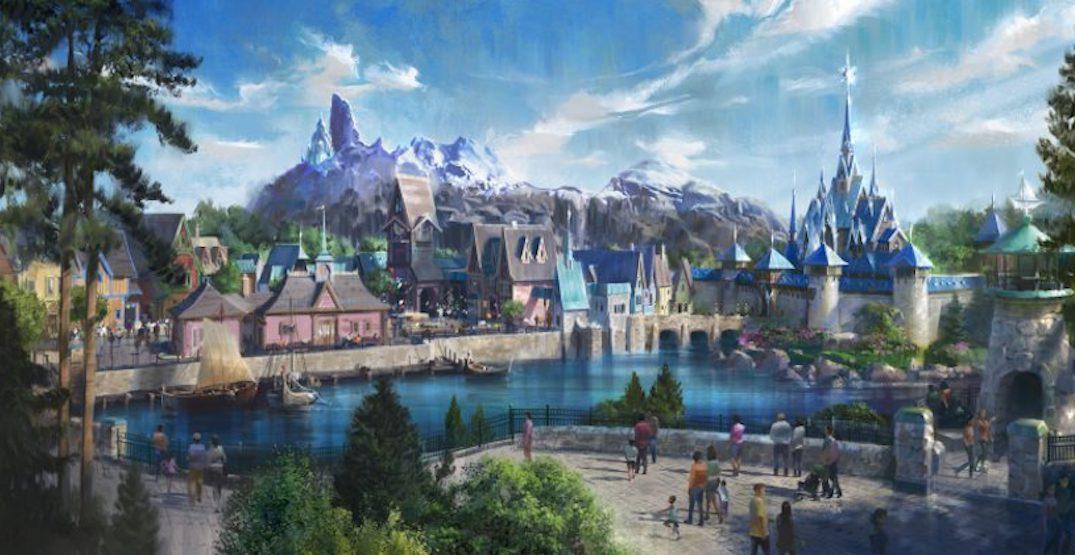 Disney provided a new glimpse this week of how its new Frozen land addition will transform its Walt Disney Studios Park at Disneyland Paris Resort.

An artistic rendering shows a fully-immersive land for the Paris resort’s second theme park, with the Frozen land — named ‘Arendelle: World of Frozen’ — including a snow-capped mountain, a new lake, a village area with new restaurants and shops, and various new rides and attractions based on the hit animated movie.

This new land addition to Walt Disney Studios Park is a key component of Disney’s plan to provide Disneyland Paris Resort with a €2 billion (CAD $2.9 billion) transformation over the coming years.

These lands will open in several phases starting in 2021. More details on the rides and attractions of each land will be announced at a later date.

A complete revamp of the hotel property with a contemporary Art Deco flair brings “a celebration of Marvel art” to the theming of the hotel, with works by over 50 artists from Marvel Comics and Marvel Studios bringing together more than 300 pieces of artwork showcasing the Marvel Universe. 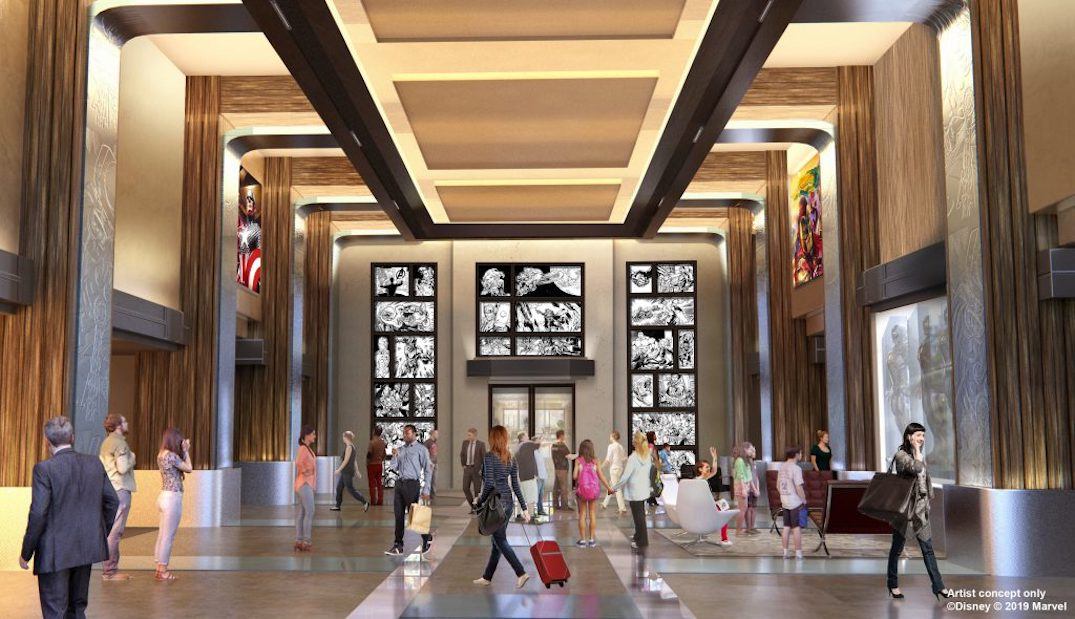 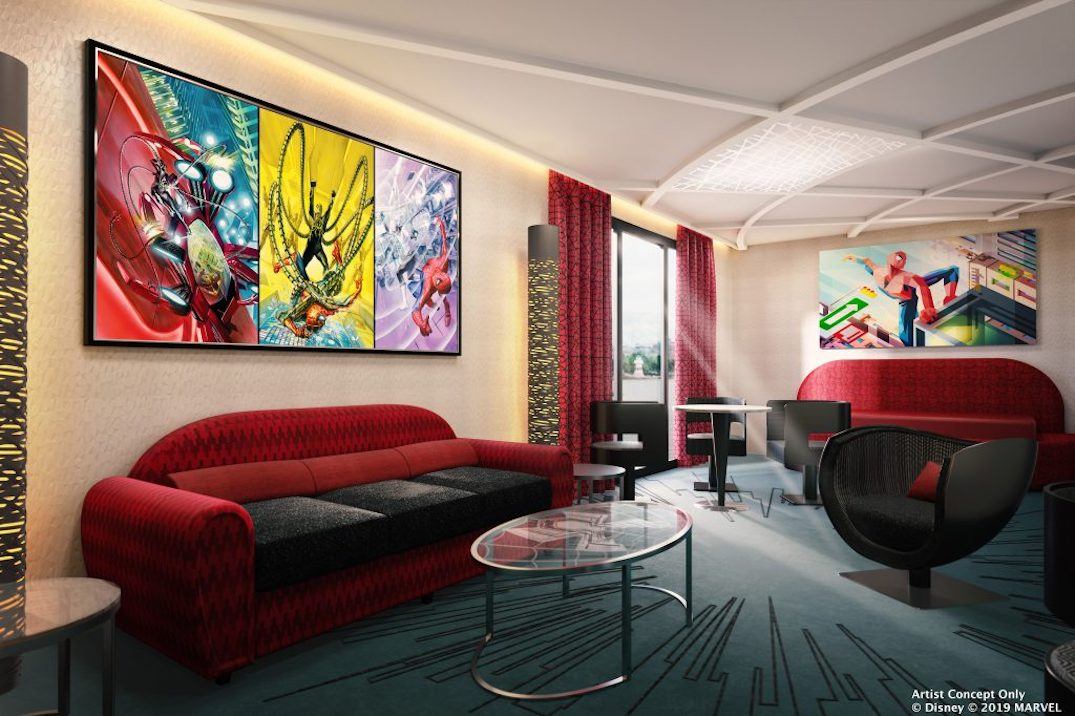 Disneyland Paris Resort originally opened as Euro Disney in 1992, and it was a struggling attraction for many years. Further investment was made to the resort a decade later to make it a multi-day destination, with the 2002 opening of Walt Disney Studios Park.

Disney acquired a controlling stake of the Euro Disney company in 2017. 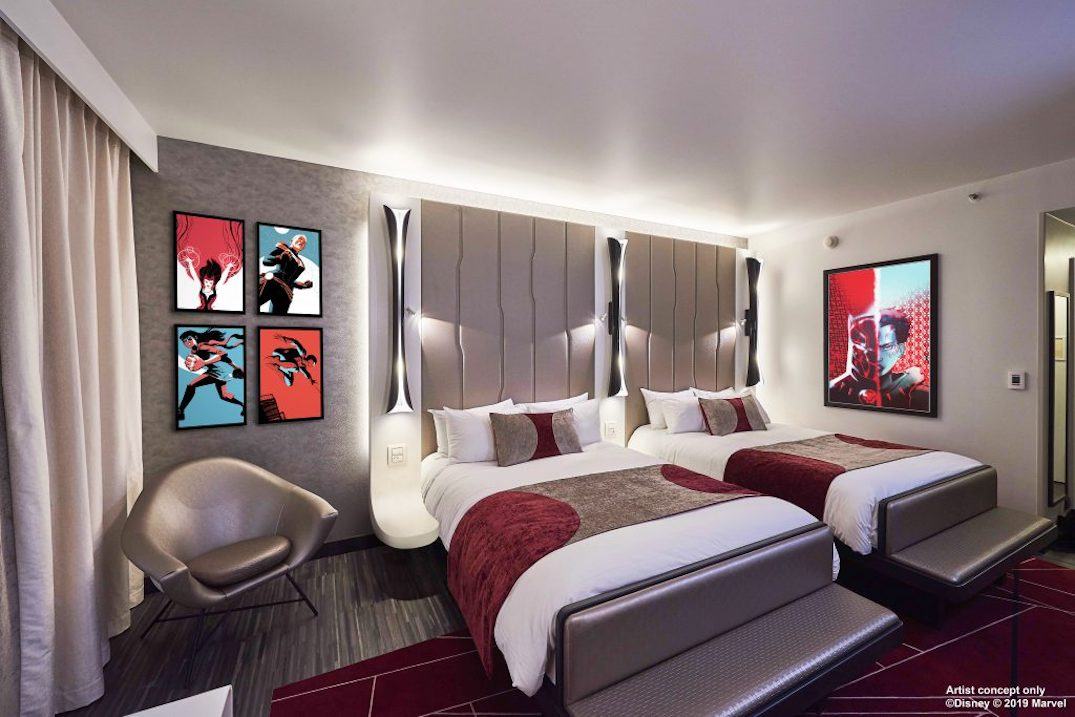