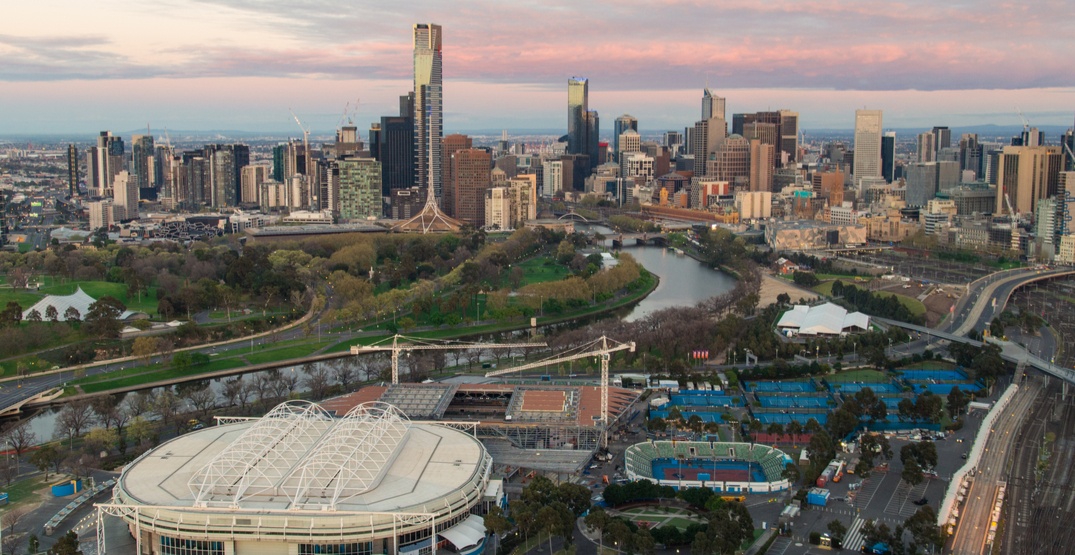 Sports fans. We’re a unique breed of people, really, when you think about it.

It doesn’t matter where we go in the world, how far from home we find ourselves or how little of the local lingo we can speak – if we find ourselves at a sporting event, we’re immediately at home with a few thousand of our new closest friends.

No matter where your particular interests lie, here are 10 experiences in sporting super-cities that you should definitely add to your bucket list.

Take your pick from the Big Four in New York 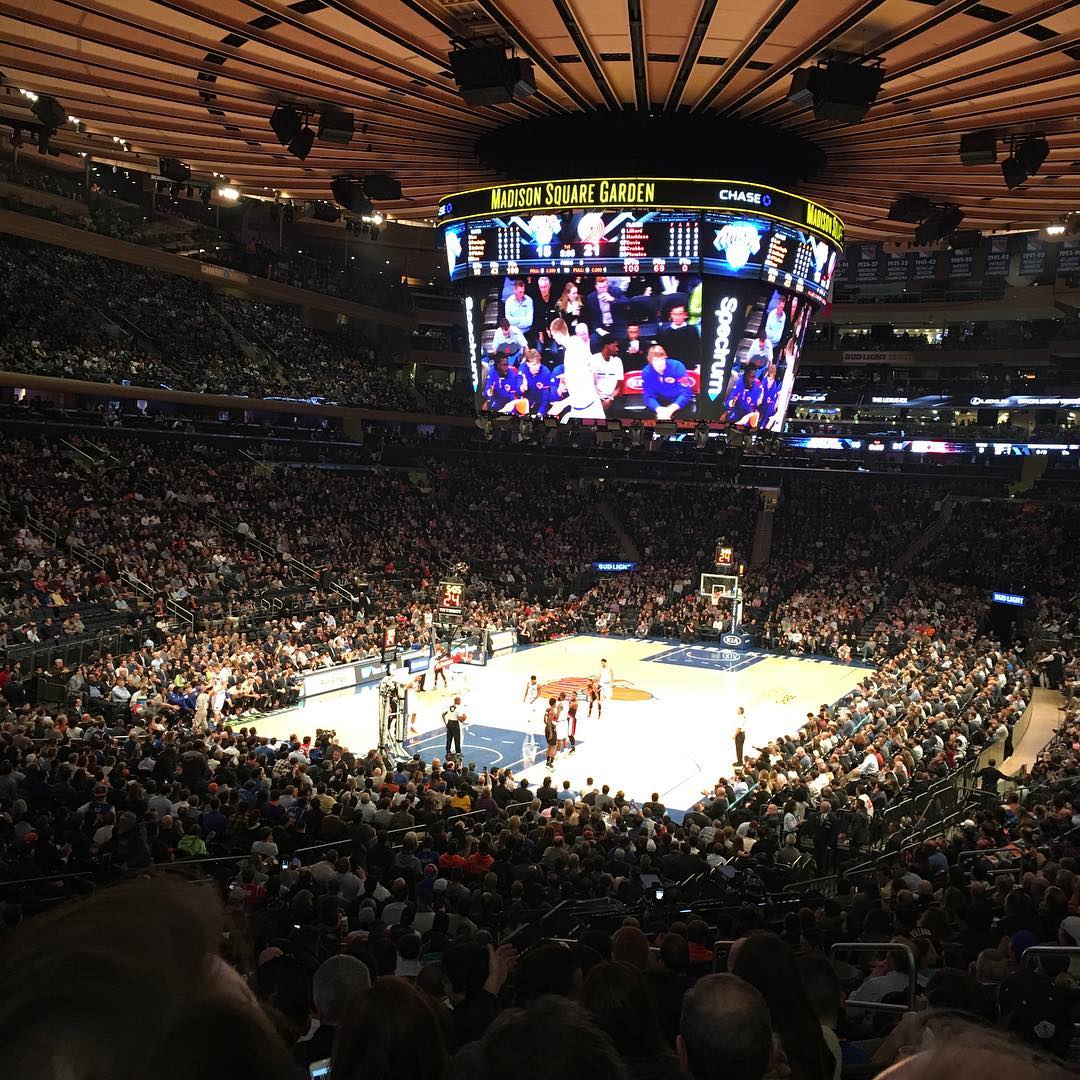 The famous quip makes reference to the fact that New York, New York is “so good they named it twice,” which is entirely apt when it comes to sport. With two professional franchises in each of the North American ‘Big Four’ leagues – plus another two in Major League Soccer – sports fans are spoilt for choice when it comes to the Big Apple.

That’s not even taking into consideration the sporting cathedral that is Madison Square Garden. The self-styled ‘biggest arena in the world’ has been home to its fair share of historic moments including Muhammad Ali’s first bout against Joe Frazier in 1971, NYC is a knockout for any sporting traveller.

Wander through history in Berlin 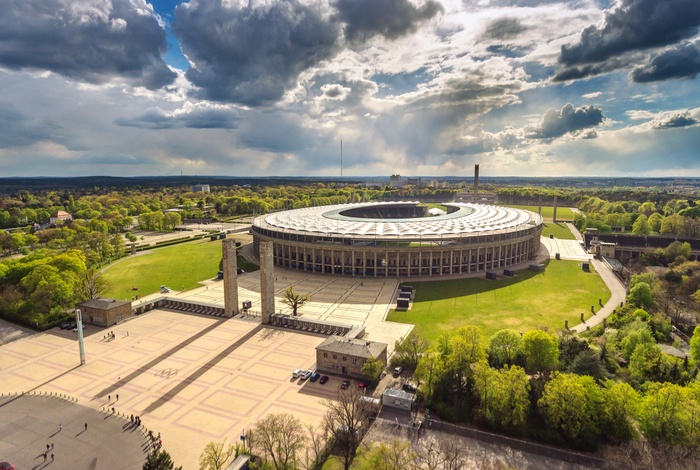 If sporting heritage piques your interest, a visit to Berlin is a must. There aren’t many stadia in the world that can rival the Olympiastadion for historic moments – from Jesse Owens stealing the show at the 1936 Olympics to Usain Bolt redefining what we thought possible from a sprinter in 2009, the famous old venue has seen it all.

The city has even seen sport’s most famous headbutt, courtesy of Zinedine Zidane back in the 2006 FIFA World Cup Final. A stadium tour well worth making time for on your Berlin getaway.

Kick-start your year in Melbourne 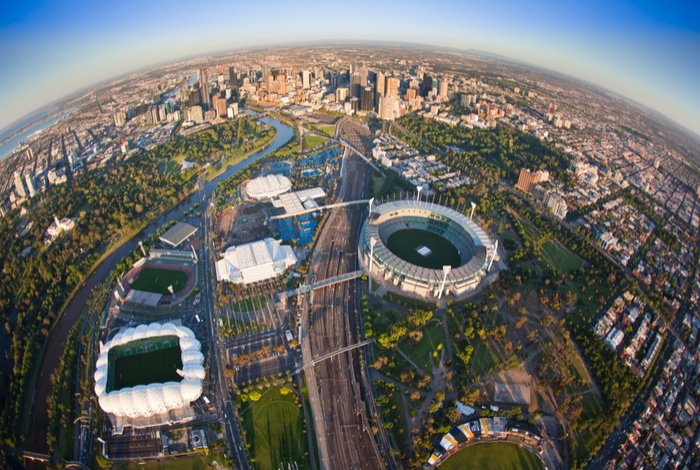 A city that lives for the big events, Melbourne knows how to kick-off a campaign. The host of the Australian Grand Prix since 1996, the Albert Park circuit has been the opening race on the season on all bar two occasions in the following 23 years. Around 300,000 spectators filter through the gates on race weekend, consistently placing it amongst the best-attended events on the F1 calendar.

The year’s first tennis major is also decided in the Australian sunshine, as the world’s best players battle it out on Melbourne’s hard courts for the opening Grand Slam of the year. 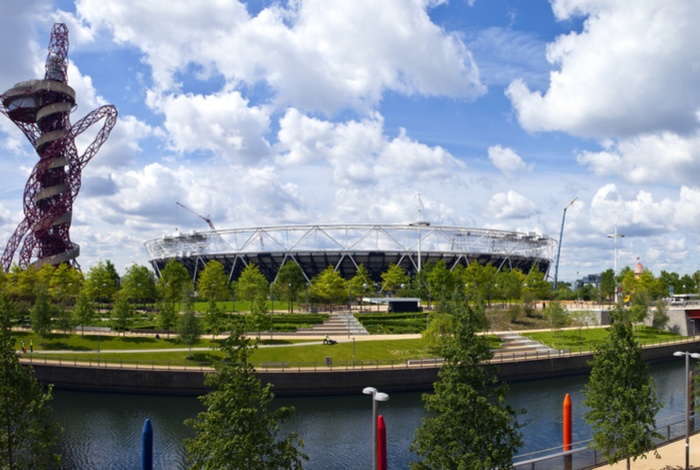 Strawberries and cream. The famous green courts. Two sights that go hand in hand when it comes to the sporting summer in the UK. Wimbledon remains one of the jewels in the sporting calendar, as the world’s best tennis players battle it out for the most prestigious title in the game. It’s a place where tradition reigns supreme, and is one not to be missed.

The city is also able to bring a modern touch to the sporting calendar thanks to the legacy of the 2012 Olympics – London’s Olympic Stadium is now a cornerstone of the Diamond League athletics circuit, whilst the Copper Box Arena has won plenty of plaudits for the atmosphere it generates for a whole range of sports.

Gear up for the greatest show on earth in Tokyo 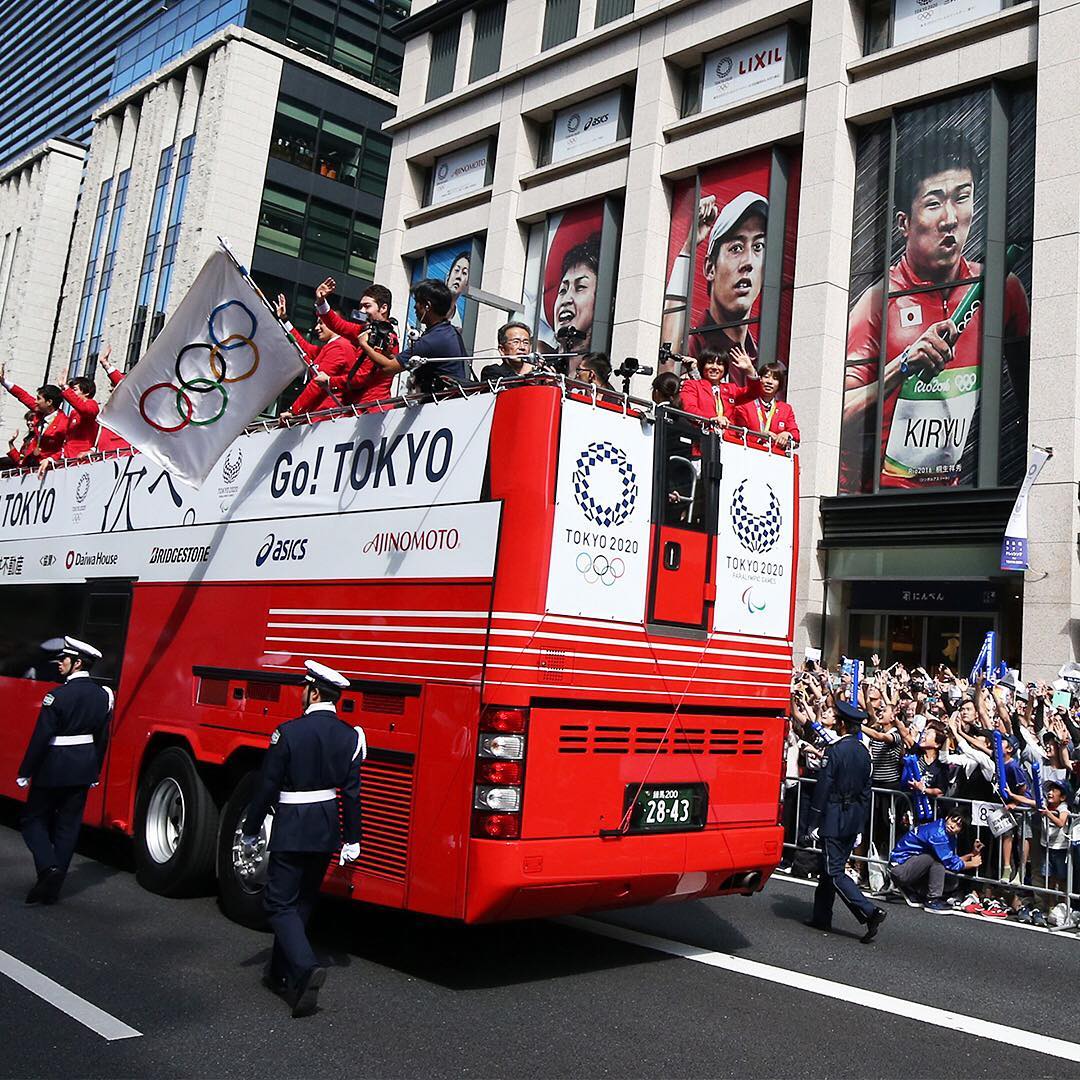 Speaking of the Olympics, the host city for the 2020 Games is also one to add to the list for sporting aficionados. A nation that takes sport seriously, the next 18 months would be the optimum time to take a trip to the Land of the Rising Sun. The eyes of the sporting world will turn east for the Olympic and Paralympic Games next year, as the greatest show on earth returns to Asia for the first time since 2008.

Before then, however, comes the not-so-insignificant matter of the 2019 Rugby World Cup, with the Japanese capital scheduled to host the tournament opener on 20 September. What would be a better time to immerse yourself in Japanese culture?

Marvel at the passion on display in Buenos Aires 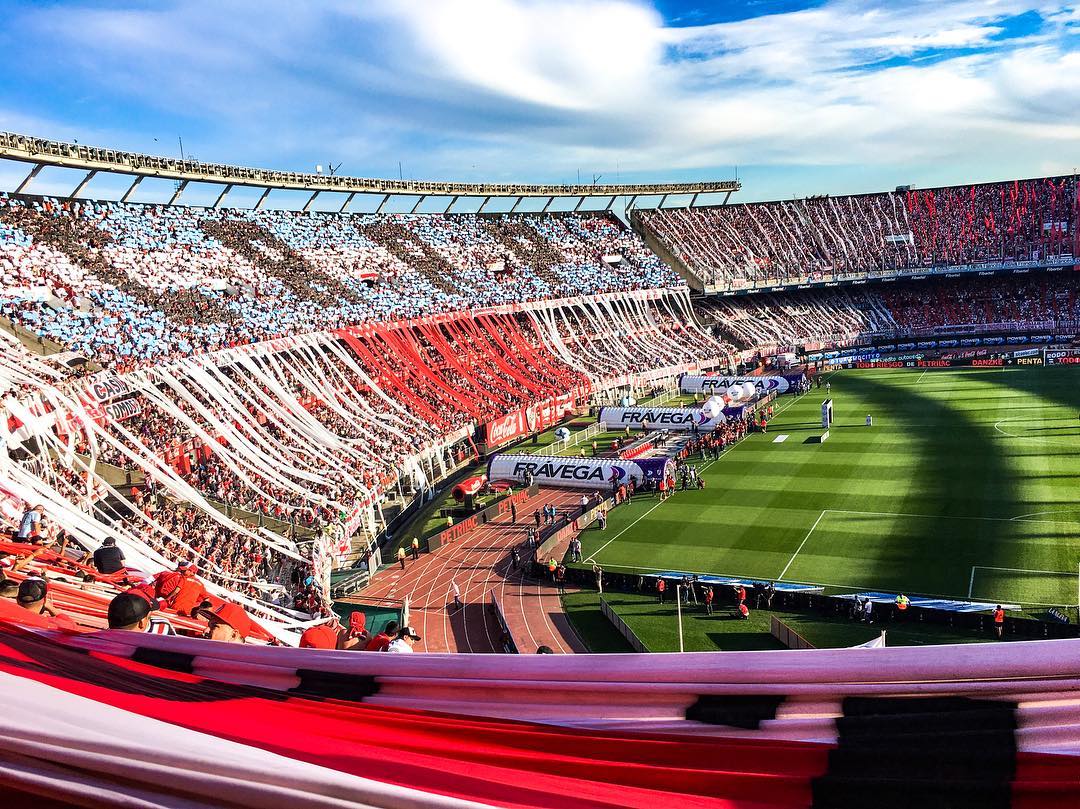 If you want to see a display of sporting passion, you could do much worse than heading for Buenos Aires. Whilst the city can boast no fewer than 24 professional soccer clubs, the main attraction is surely the Superclásico. Any occasion where Boca Juniors and River Plate square off is not for the faint-hearted.

It’s not just soccer where passion reigns supreme. Watch any international Argentinian team or sportsperson during their national anthem and you’re left in no doubt as to what sport means to the national consciousness, with Buenos Aires serving as its beating heart. 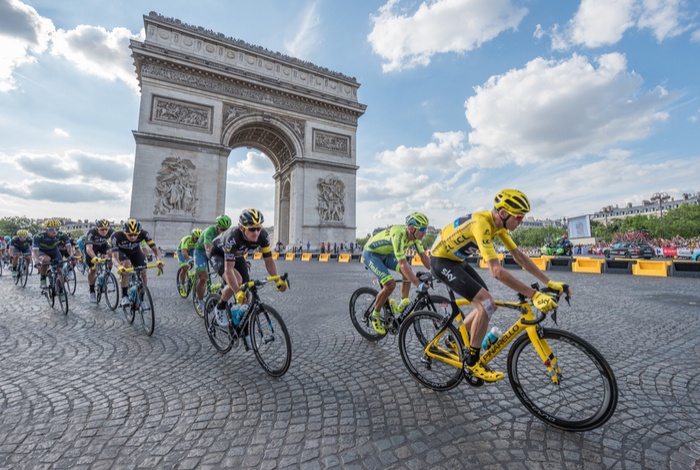 Another city draped in sporting history, Paris has something for everyone’s tastes. Home to the French international soccer and rugby teams, the city also welcomes the cycling world every summer for the denouement of the world’s biggest cycling event as the victor of the Tour de France is officially crowned on the Champs Elyseé.

This summer, the crème de la crème of women’s soccer will also battle it out for the game’s biggest prize as France hosts the FIFA Women’s World Cup. The tournament’s opening fixture between France and South Korea should be a major occasion at Paris’s Parc des Princes – time to book your flights?

Cheer with the loudest fans in the world in Seattle 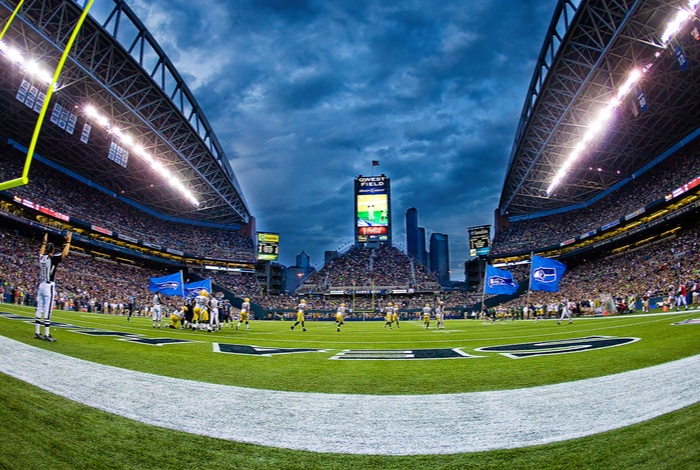 It’s a hotly contested title, but when you ask NFL fans for the loudest fans in the league, chances are the loyal supporters of Seattle Seahawks will at the very least be in the conversation. The volume of the support inside CenturyLink Field has been known to register on the Richter Scale when the 2013 Superbowl champions take to the park.

The Emerald City will surely be on the radar of every NHL fan, after the announcement that big-time hockey would be making a welcome return to Washington state in 2021. If you can’t wait that long to take a sporting excursion to Seattle, though, fear not – there’s plenty to keep your appetite whetted in the meantime, from the Mariners and the Reign to the Storm and the Seawolves.

Take in a test match in Cape Town 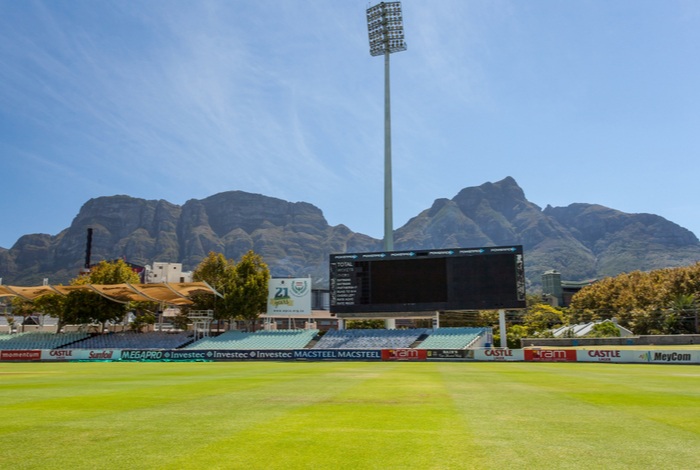 As far as sporting backdrops go, Newlands has to be right up with the best. The Cape Town cricket venue falls under the shadow of the striking Devil’s Peak, making it one of the most picturesque arenas in the global game. It’s also been the scene for many a famous South African cricketing moment, with the Proteas making themselves at home in front of their adoring fans.

It’s not just cricket that brings sports fans to the Cape. The Cape Town Cycle Tour is one of a host of events that the city revels in, well, hosting, with the Cape Town Sevens a veritable party under the South African skies.

‘Gie it laldy’ in Glasgow

Ok, there may be a small element of home city bias from the author here, but Glasgow doesn’t need favours from me to stand amongst the world’s great sporting cities. Named as one of SportBusiness International’s top five cities for sport in 2018, Scotland’s biggest city has earned a reputation for providing a warm welcome to visiting sports fans.

Hosts of the 2014 Commonwealth Games, Glasgow has gone on to host major events in swimming, athletics, cycling, and tennis. It will also be playing host to UEFA Euro 2020 soccer matches at Hampden Park and can boast professional sports teams in soccer, rugby union, basketball and ice hockey. We’re a veritable dream for a sporting superfan.

Still don’t believe me? Come on over and visit for yourself.