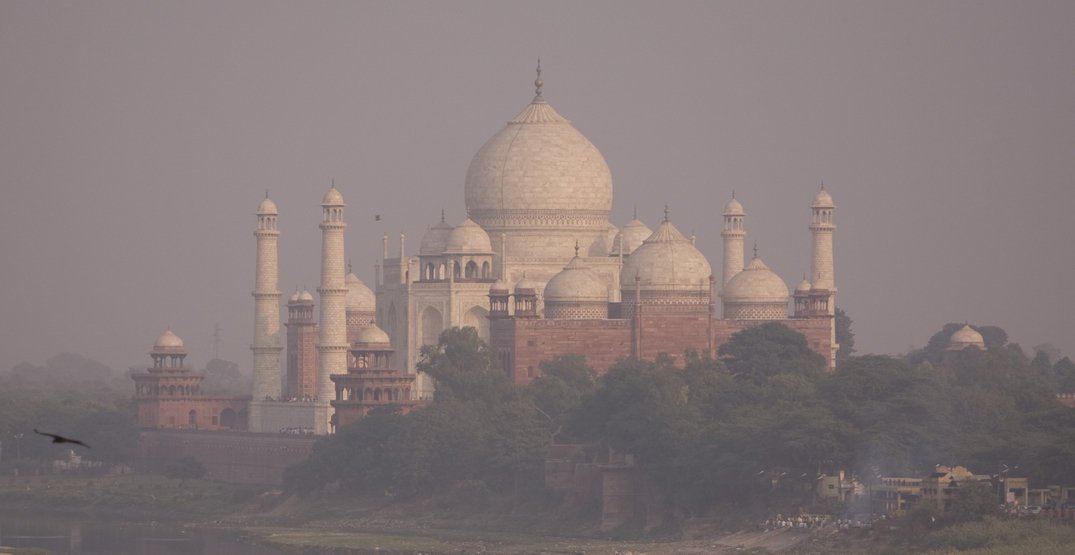 A priceless and stunning UNESCO World Heritage Site, the Taj Mahal is globally admired as a stunning example of Muslim art in India and is one of the New Seven Wonders of the World.

The monument is appraised as the greatest architectural achievement in the entirety of Indo-Islamic architecture.

Constructed in Agra between 1631 and 1648, it was created to honour the memory of the Mughal emperor, Shah Jahan’s favourite wife.

A massive mausoleum of white marble, the structure draws millions of tourists from all corners of the world.

The Agra District Administration and the Uttar Pradesh Pollution Control Board (UPPCB) have recently installed two air purifier machines — operated out of vans — at the gates of the monument to combat air pollution in the region.

According to RK Rathi, Executive Engineer at the Agra Municipal Corporation, “an agency has been directed to do mechanised cleaning as well as deploy two air purifying machines at the gates of Taj Mahal. We are taking these measures to combat air pollution and provide relief to large number of tourists who visit here every day.”

The precaution comes as a result of a public health emergency issued in New Delhi due to excess amounts of smog. The air quality has decreased so brutally that flights have been cancelled, and even schools were shut down.

According to one evaluation, breathing the air in New Delhi for one day has the health equivalent of smoking at least 25 cigarettes.

Delhi usually experiences surprising increases in air pollution in the late fall to early winter months. However, the air quality this year is particularly unnerving.

Vijay Limaye, a climate change and health science fellow at the Natural Resources Defense Council studying air quality in India, told TIME, “We’re exceeding the measurement capabilities,” going on to say that the level of pollution was “effectively off the charts.”

The thick smog is a product of both human and environmental factors, includingemissions from freight and passenger vehicles and clearing fields for crops by burning.

Although the monument is situated 130 miles south of New Delhi, UPPCB decided to err on the side of caution.

According to the company, the purifier can purify 1.5 million cubic meters (53 million cubic feet) in eight hours within a 300-metre radius. However, at this time, there is no way to confirm that this statistic is accurate, as there is no continuous air monitoring station around the Taj Mahal to assist in calculating the air quality index.

The pollution surrounding the Taj Mahal has been a long-term concern, as it has been causing damage to the monument.

To prevent damage and overcrowding, back in 2018, the Taj Mahal made slight changes in an attempt to help rectify these issues. The efforts included limiting the number of daily visitors to 40,000 per day as well as increasing entry fees, even going as far as to charge extra entrance fees for those who wished to stay at the structure for more than three hours.